Reacting to the backlash, Denrele took to Instagram on Thursday saying his words were misconstructed. 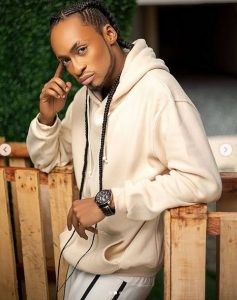 “Popular TV host and media personality, Denrele Edun has reacted to the backlash after he disclosed that he shared intimate with singer, Goldie Harvey before her demise.

Denrele in an interview with actress Funke Akindele’s sister, blogger Neecee Bosslady, said he had a few intimate moments with the deceased even though many thought their relationship platonic. He also added that there were times when they were caught up in the moment and had a few encounters in spite of her marital status.

Following the claims, Nigerians stormed Instagram to criticise the controversial celebrity over the statement saying he should not have revealed the nature of their relationship. Others accused him of disrespecting Goldie and her memory.

Reacting to the backlash, Denrele took to Instagram on Thursday saying his words were misconstructed.

He claimed intimacy in that context does not connote s3x but secrets he shared with the deceased.

‘Igboro’ na street. We don enter Trenches severally! Oh well, this is the first time in years that people are talking about the late Goldie. Damn, we would have had a good laugh about this,” he wrote.