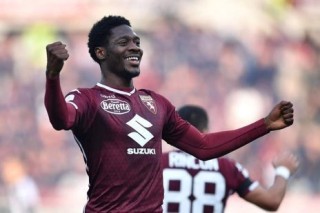 Aina has not made a single appearance for Torino since returning from the Africa Cup of Nations in Cameroon.

The versatile defender made 16 league appearances for the Turin club during the first half of the campaign.

“Since he returned (from AFCON) he (Aina) has not trained well,”Juric said.

“We did a job with him, against Inter at the end of the first round he was sensational. But since he returned from the Africa Cup, he has trained more at the previous level, he has done less and less.

“He has skills, I hope he will raise the level in these last nine games.”

The former Chelsea defender has been linked with a return to the Premier League with Leeds United and West Ham United among his suitors.