Trending Musician Olamide just opened up,… “I am in no competition with Phyno” @ Phyno’s sold out concerts

Reacting to critics claim that he is scared of Phyno, over his successful soldout concerts at huge venues at the Nnamdi Azikwe Stadium in Enugu, YBNL Boss, Olamide who changed the venue for his concert ‘OLIC 4’ to Teslim Balogun Stadium, has disclosed he is not in any competition with his colleague. 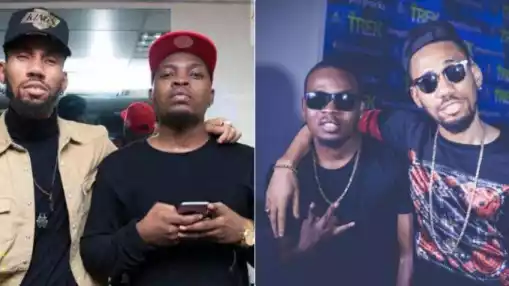 In an exclusive chat with Showtime, Olamide said ;
“I’m not competing with Phyno, everybody is entitled to their own opinion, and I’m just living my own dream.
I’m 100% excited because this is something I’ve been looking forward to for over three years now; it’s always been about doing it big, something beyond the ordinary, giving back to the people and spreading love.
Eko hotel is good, we’ve done a lot of stuff there but bringing OLIC4 to Teslim Balogun Stadium is about telling people out there that this is Lagos and Lagos cannot be limited, we can achieve whatever we set out to achieve”.