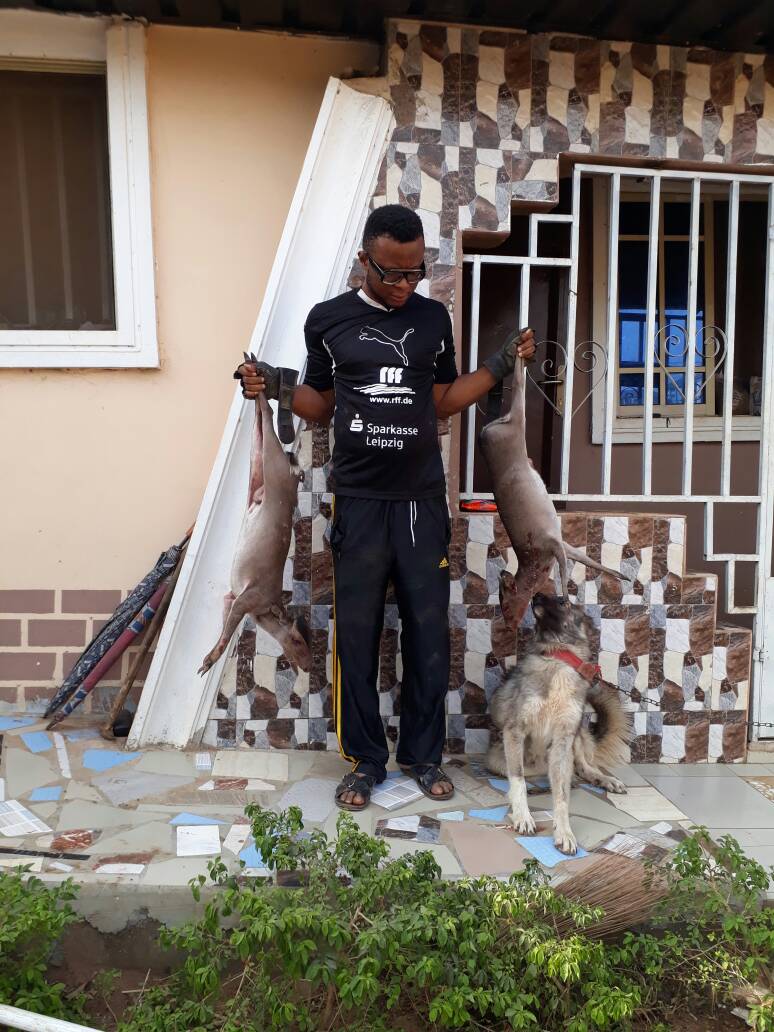 Ifeanyi Obunadike aka “Sefinie” on Sunday posed with his mouth-watering hunting trophy of two purported deers he caught on his farm close to Onitsha, Anambra State. 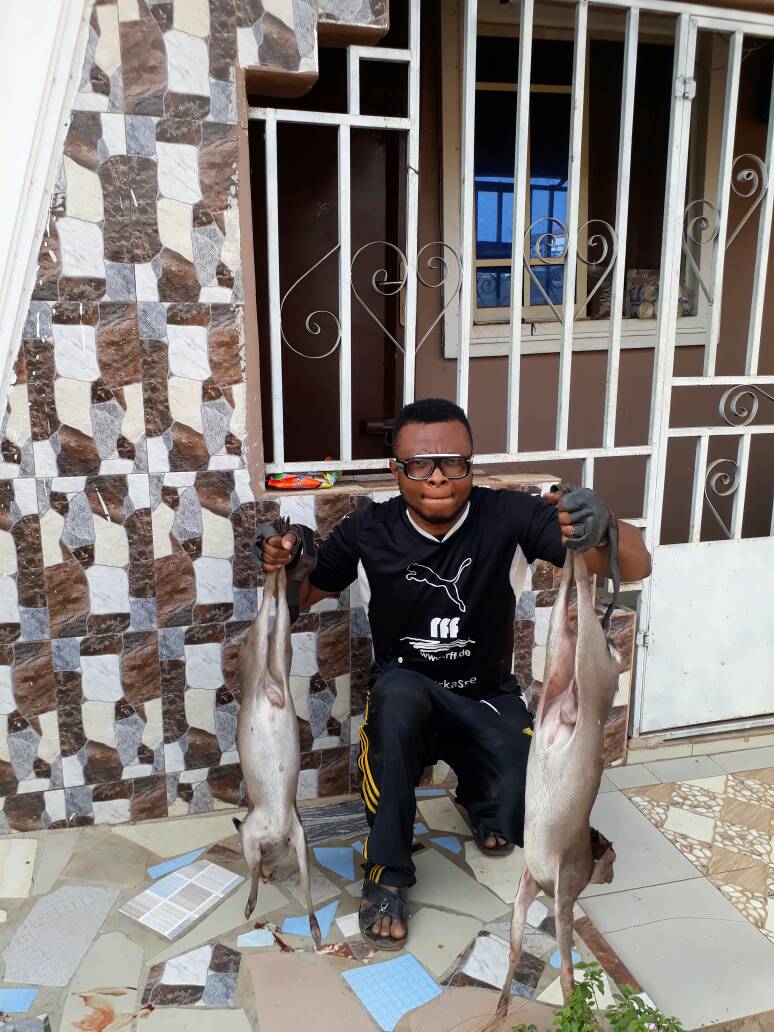 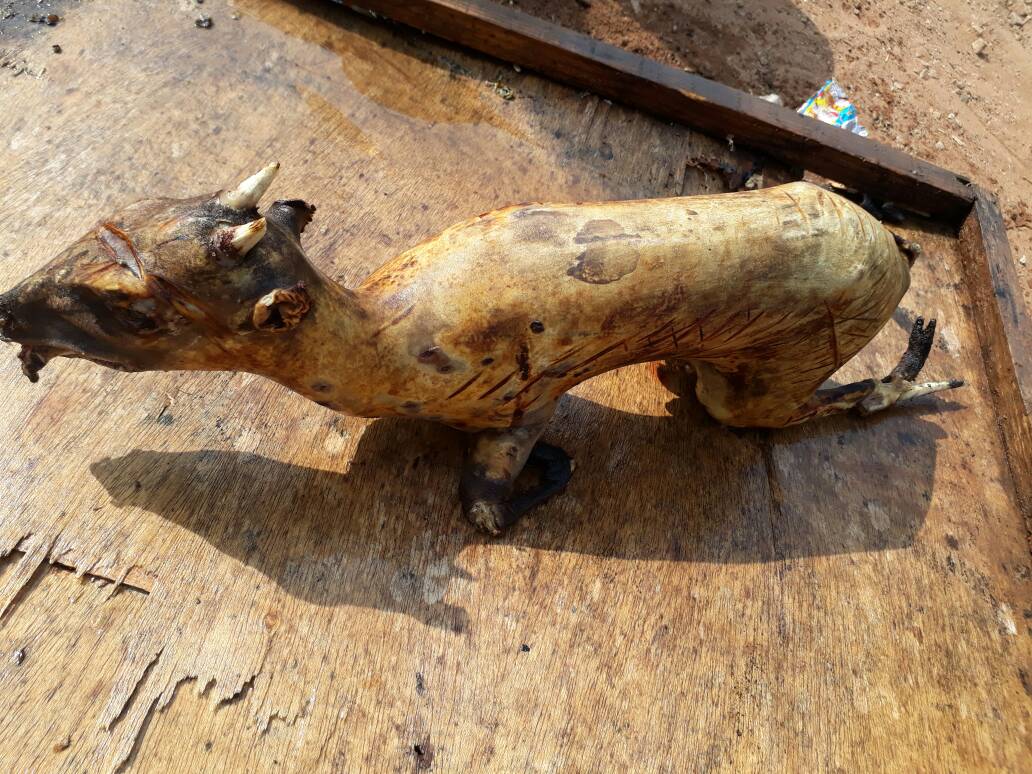 The elated businesman whose profile shows he graduated from the Nnamdi Azikiwe University, Awka with a degree in Engineering immediately grilled the assorted meat and said he gave instrustions to his wife to prepare pepper soup with some of the meat immediately. 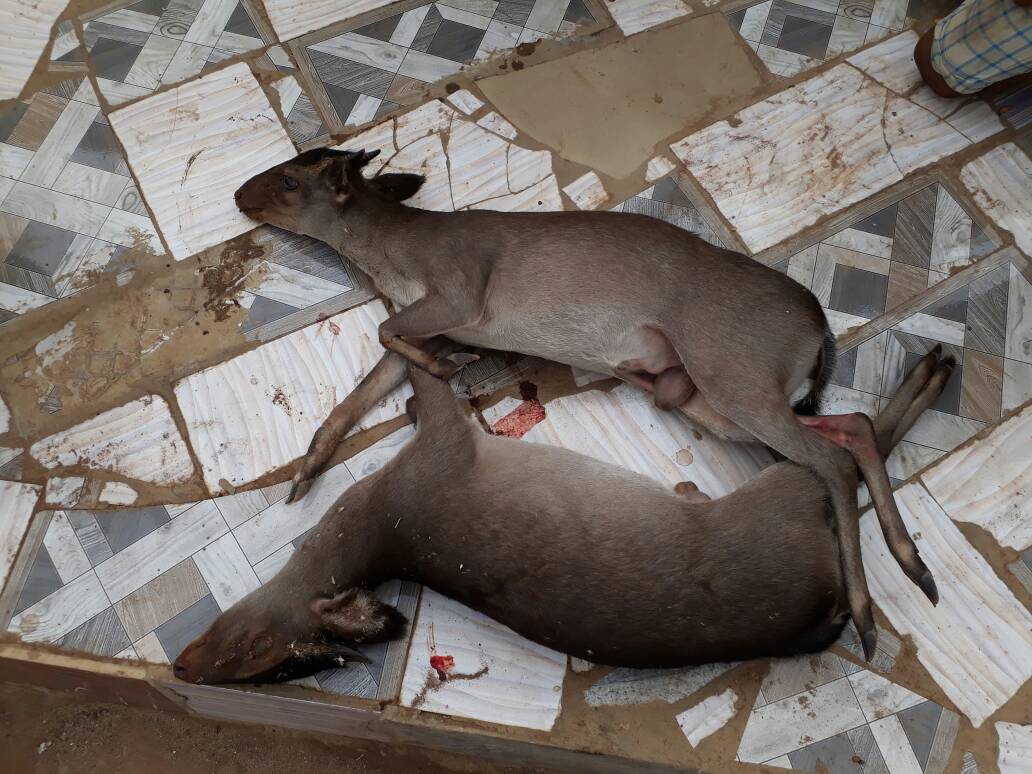