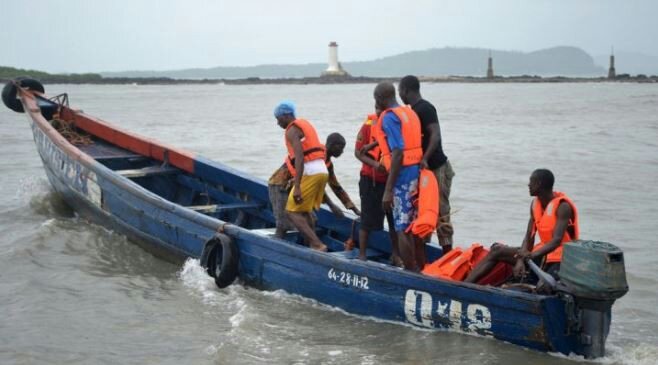 At least two persons are said to have died while ten others were rescued alive when a speedboat conveying passengers across river Benue in Taraba along Karim Lamido Lau Local Government Areas border capsized.

Mr. Joseph Lesku, who witnessed the incident told journalists that the speedboat was crossing the Karim-Lau trench of the river Benue with twelve people on board when it capsized.

He noted that local divers were able to rescue 10 persons.

“The boat was coming from the Karim Lamido side of the river,  heading towards Lau when the incident happened.

“Local divers were able to rescue ten persons out of the twelve including the rider, but unfortunately, two persons are still missing and we are now searching for their bodies.

“Usually at this time of the year, the river is very high and strong so you can not expect them to still be alive, so, we are making efforts to at least recover their bodies,” he said.

Taraba State Police Public Relations Officer, ASP  David Misal who confirmed the accident said 10 out of the twelve persons in the boat were rescued alive while the search for the two was still ongoing.

Misal said that the chances of the two other persons being found alive were very minimal considering the water level of the river this time.