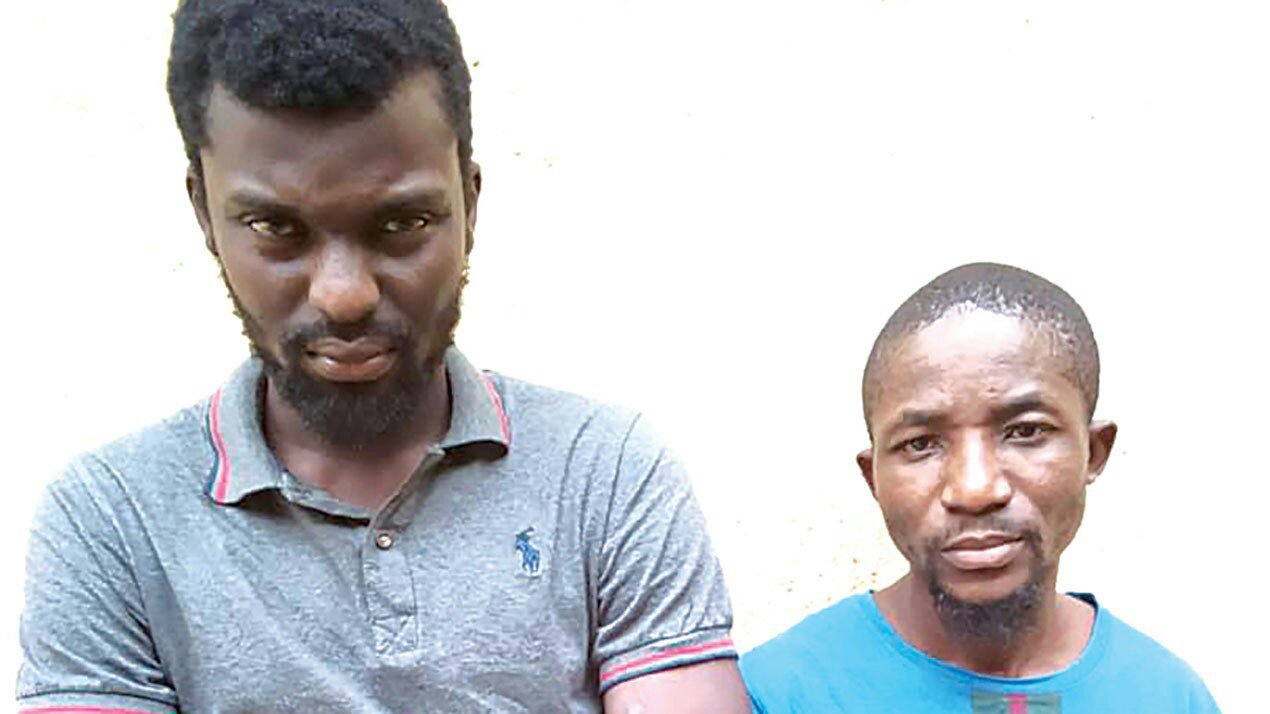 Two years after the act, two self-confessed members of a notorious cult group, Olakunle Ogunyemi, popularly known as Pedro, and Anthony Bello, popularly called T-boy, have been arrested in connection with the murder of an Austrian returnee, in Iba Housing Estate, Lagos State.

The deceased, Micheal Chinenu, who visited Nigeria to have his traditional marriage, was allegedly stabbed to death during a fight with the suspects at a football pitch in Iba. Trouble started after both parties visited the football pitch to watch a friendly match between two communities. In the process, the deceased and Ogunyemi were embroiled in a verbal confrontation, which degenerated into a fight.

When it became clear that the deceased was overpowering the latter, Bello allegedly used a knife to stab the Austrian returnee in the chest, in his bid to assist his colleague. The duo immediately fled the scene, abandoning their opponent to his fate. Chinenu died a week later, after a futile effort by doctors to revive him at an undisclosed hospital, due to loss of blood.

The suspects were however arrested by operatives of the Federal Anti Robbery Squad (FSARS), Lagos State Police Command, in their hideout, two years later. Bello, a.k.a. T-boy, admitted to have stabbed the deceased in self- defense.

According to him, “I went to play ball at the football pitch when I heard an uproar. On reaching the scene, I saw a man engaged in a scuffle with Pedro (Ogunyemi ). In my attempt to intervene, the man slapped me. He left Pedro and faced me. He hit me on the ground twice and used a tyre rim to hit me.

“In defense, I rushed to an orange seller where I collected a knife and stabbed him in the shoulder. I managed to escape from the scene and went into hiding when I heard he was dead. In my hideout, I turned new leaf and got married. I thought the case must have died down since it’s been long it happened. I was at home with my wife and child when the police came with Pedro to arrest me.”

The 31-year-old Ogunyemi, holder of an Ordinary National Diploma (OND) from the Lagos State Polytechnic, disclosed that he joined cultism at the age of 17. Ogunyemi, who is an only son of his widowed mother, explained that on that fateful day, he was discussing with a friend he identified as Lexi, when the deceased came and rudely interrupted.

“He (the deceased) came and said I should ‘free’ Lexi, so that they could leave the field. I pretended not to have heard him and continued the discussion with Lexi. He repeated it again and I asked who he was and where he was from. This degenerated into quarrel before Bello came. I did not know how the deceased died but all I could remember was seeing him on the ground because other boys on the field took me to a corner to pacify me and prevented me from going to where the fight was going on. I later left Lagos for Ghana to hide, for fear of being arrested over the death of the man. I stayed there for sometime before I returned to Nigeria, only to be arrested.”The suspects would be charged to court today for armed robbery, cultism and murder.