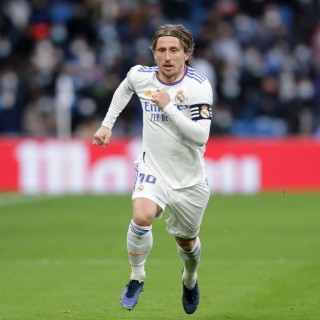 At the age of 36, former Tottenham star Modric is chasing his fifth Champions League crown and represents a major threat to Manchester City in their semi-final first leg at the Etihad on Tuesday.

“Luka is still a magician. His assist for Rodrygo in the last round against Chelsea left me speechless,” admitted City star Gundogan. “The way he plays always seems smooth and calm.

“When he won the Ballon d’Or, I was so happy because it was finally a player in my position.

“He and Toni Kroos do a great job. They have been important to Real for so many years now, under different coaches.

“Real knocked out Paris Saint-Germain, they knocked out Chelsea — that already shows how strong they are this season.

“We know what they are capable of. It is always important to start with a win but even more when the second leg is played in the Santiago Bernabeu. We know what power that stadium can unleash.

“It can turn a game upside down from one moment to the next.”