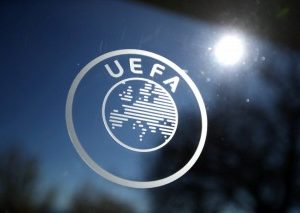 The Union of European Football Associations, (UEFA), says it will commence a probe against Turkish side, Fenerbahce over a group of its fans chanting Russian President Vladimir Putin’s name after conceding a goal at home to Dynamo Kyiv in a Champions League qualifier, Al-Jazeera reported.

UEFA said on Thursday that an “Ethics and Disciplinary Inspector” will conduct a disciplinary investigation regarding alleged misbehaviour of Fenerbahce supporters” at the Dynamo Kyiv match.

Vitaliy Buyalskyi put the Ukrainian side ahead in the 57th minute, shortly after Fenerbahce midfielder Ismail Yuksek was sent off in a tense match.

The game ended 1-1 after 90 minutes, but Kyiv knocked out Fenerbahce with a 114th-minute winner by Oleksandr Karavaev.

Buyalskyi’s celebration after scoring met chants of “Vladimir Putin” by many Fenerbahce fans, prompting an online backlash condemning the Istanbul side’s fans and calling on European governing body UEFA to take action against the club.

The hope of the Turkish side to compete in Europe’s elite Champions League football competition this season was shattered by a 2-1 extra-time loss to Kyiv in the second qualifying round tie in Istanbul last Wednesday.

Reacting to the development, Fenerbahce’s management said the chants, which lasted 20 seconds, were prompted by the “exaggerated” celebrations of some Kyiv players after the goal.

“Whatever the reason may be, we as the Fenerbahce Sport Club absolutely reject the reaction coming from parts of our stands,” the club said.

It added that it was unfair to put blame on all its fans or the club for an act that “never represents our values.”

Russia invaded Ukraine on February 24, calling it a “special military operation” to rid Ukraine of fascists, an assertion the Ukrainian government and its Western allies said was a baseless pretext for an unprovoked war of aggression.