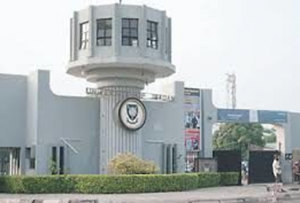 The University of Ibadan on Wednesday said it recommended 3, 783 candidates to the Joint Admission and Matriculation Board (JAMB) for admission for the 2017/2018 academic session. The Deputy Vice Chancellor (DVC), Academics, Prof. Adeyinka Aderinto, disclosed this at a briefing with newsmen on Wednesday in Ibadan. He said the figure was out of the 56,172 applicants who chose the university through the Unified Tertiary Matriculation Examination (UTME) and Direct Entry.
According to Aderinto, the admission for 2017/2018 will end in January 2018, while screening of those already issued admission letters will soon commence. The DVC, who noted that a total of 26, 769 candidates who scored 200 and above sat for the Post-UTME of the university, added that out of the number, only 9,268 scored 50 per cent and above. Aderinto said 3,783, who were finally recommended to JAMB for admission met the approved admission criteria. He said the university was committed to upholding its standards in admission. “This is what makes us who we are in offering qualitative education to our students to be the best in Nigeria and have the capacity to compete globally. “We are committed to meeting NYSC mobilisation for the 2017/2018 National Youth Service hence the second semester examinations in the university have begun. The examination will end the 2016/2017 session. “We have commenced the examinations. We have also recommended about 3,783 candidates to JAMB for admission and we are concluding the admission process by January ending,” he stated.