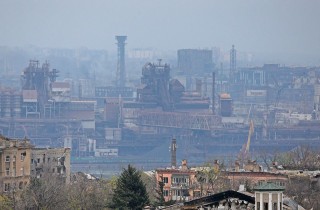 Ukraine’s military said on Wednesday that Russian forces have made attempts to storm the seaport and Azovstal steel plant in the southeastern Ukrainian port city of Mariupol.

Most of Mariupol is under Russian control, but Ukraine’s president said on Wednesday that Ukrainian troops remain in a part of the city.

Russian President Vladimir Putin told his defence minister on Wednesday not to storm the Azovstal plant in order to save the lives of Russian troops, instead saying that the plant, which is the main remaining Ukrainian stronghold in the city, should be blockaded.