The young boy was in the city of Mariupol when he was injured as Russia continued its attacks on Ukrainian cities. 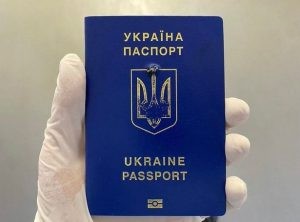 “In what will come across as a really startling development, a 16-year-old boy’s life has reportedly been saved by his passport after his Ukrainian city was attacked by shelling from Russian troops.

The young boy was in the city of Mariupol when he was injured as Russia continued its attacks on Ukrainian cities.

According to reports, the young boy was hit with shrapnel, which could have been fatal, but it became lodged into his passport instead of hitting him.

However, the boy was still injured and has since had surgery.

The official Twitter account of the Ministry of Foreign Affairs posted about the boy, along with a picture of the shrapnel-damaged passport.

The tweet said: “A piece of shrapnel stuck in Ukrainian passport. It saved life (sic) of the 16 year old boy. The boy is in surgery now. Shelling of the city continues.”

One user commented: “A Ukrainian passport you have to keep close to your heart.”

Another said: “That is a holy relic. Preserve it for future generations. We pray for the child and all of Ukraine.”

Many others simply wished to pass on their hopes that the boy makes a speedy recovery from his injuries.

Russian President Vladimir Putin has continued with his attacks following his invasion of the country last Thursday.