US Detains Over 5,000 Ukrainians

US Detains Over 5,000 Ukrainians 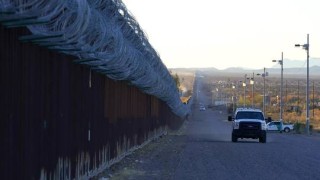 Some 5,071 Ukrainians were detained at US borders in March, figures released by the US Customs and Border Protection on Monday show.

The spike comes amid the ongoing military conflict between Russia and Ukraine, with botched illegal entry attempts growing fivefold compared to the February figures, when just over 1,100 Ukrainians were taken into custody at the border. A vast majority of those were caught by the US border guard at the southwestern frontier.

Over the past few years, the flow of Ukrainians detained while attempting to cross into the US each month has remained reasonably constant, hovering below the 1,000 mark on average, according to official data. The new came amid an overall spike in detentions at US sea and air borders. In March, nearly 250,000 people were detained, compared to some 190,000 in February. The vast majority of the people seeking to get into the US – some 220,000 – were apprehended at the Mexican frontier.

Many of the detained Ukrainians were ultimately released into US territory after being granted a humanitarian parole, the Washington Post reported. On Monday, the US administration extended temporary protected status for Ukrainians for another 18 months.

Earlier, US President Joe Biden pledged to take in 100,000 Ukrainian refugees fleeing the fighting in their homeland. Some five million people left the country after Russia launched a large-scale military operation against Ukraine late in February, according to figures from the United Nations High Commissioner for Refugees.

Russia attacked the neighboring state in late February, following Ukraine’s failure to implement the terms of the Minsk agreements, signed in 2014, and Moscow’s eventual recognition of the Donbass republics of Donetsk and Lugansk. The German and French brokered Minsk Protocol was designed to give the breakaway regions special status within the Ukrainian state.

The Kremlin has since demanded that Ukraine officially declare itself a neutral country that will never join the US-led NATO military bloc. Kiev insists the Russian offensive was completely unprovoked and has denied claims it was planning to retake the two republics by force.