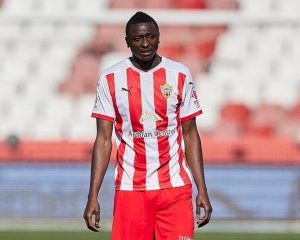 The Yellow Submarine, according to Spanish news outlet, Football Espana have tabled a bid in the region of €25m for the forward.

Sadiq’s club, Almeria, which will also compete in the Spanish top-flight following their promotion from the Segunda Division last season are however looking to sell the player for €30m.

Villarreal has chased the former AS Roma striker all summer.

Unai Emery’s side is looking to offload Paco Alcacer and Boulaye Dia.

The UEFA Champions League semi-finalists are expected to up their bid for Sadiq before the transfer window shuts.