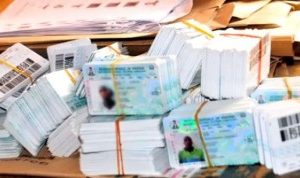 The Independent National Electoral Commission has been asked to extend the ongoing Continuous Voter Registration till November by the Peter Obi Support Network, on Friday.

The POSN said it might “be left with no other option but to seek redress in court since all entreaties to INEC to continue the CVR have fallen on deaf ears.”

The Director, Legal/Election Monitoring, POSN, Modupe Olufemi-Akodu, issued the threat in a statement in Abuja.

She said, “We have made several appeals to INEC to stick to the Electoral law, which stipulates that voter registration should stop 90 days before the general elections. But all our entreaties seem to have fallen on deaf ears as INEC is going ahead with its plans to suspend the exercise on July 31.

“This is suspected to be a trick to disenfranchise millions of young potential voters who have not been able to register or transfer their cards within this period.”

Olufemi-Akodu alleged that INEC’s action amounted to voter suppression to favour a particular political party against the others.

Meanwhile, INEC has challenged the group to go ahead with its threat of going to court.

In a statement, the Chief Press Secretary to the INEC Chairman, Rotimi Oyekanmi, said, “The Continuous Voter Registration began in June 2021. To be sure, the CVR has been going on for the past one year. As of Monday, July 25, 2022, the commission had registered over eleven million new voters (precisely 11,012,119) across the country. Nigerians need to appreciate our efforts.

“On April 14 this year, some criminal elements invaded our registration centre in the Ihitte Uboma Local Government Area of Imo State and killed our staff member, Mr Nwokorie Anthony, in cold blood for engaging in the legitimate official work of registering voters. These criminal elements, who are sometimes referred to as unknown gunmen, also humiliated two other staff members and warned INEC to stop conducting the CVR in the South-East because according to them, there will be no election there in 2023.

“Those who perpetrated this dastardly act have not been arrested. Where was this so-called group when our staff member was killed? Did they issue any statement to condole with INEC or the family of the deceased? No!

“Despite that, we have continued to register voters in the South-East region and all over the country under difficult circumstances.

“The commission had, according to the CVR timetable that we released in June 2021, planned to suspend the CVR on June 30, 2022. But it was extended to July 31, 2022. Not only that, the commission recently extended our working hours from 9am to 5pm, instead of the previous 9am to 3pm. Besides, our staff members have also been directed to work on Saturdays and Sundays.

“The suspension of the CVR is necessary because of the various activities that the commission needs to carry out in preparation for the 2023 general elections. Among them is the need to clean up the voter register and also to print the Permanent Voter Cards – over eleven million of them – and make these PVCs available for collection from October this year, well ahead of the general elections slated for next February and March. This is a lot of work.”

An online report had claimed that Alalibo was detained for alleged forgery, conspiracy and unlawful assembly following a petition by the state Chairman of the Peoples Democratic Party, Anthony Aziegbemi, to the police.

Aziegbemi, in the petition dated July 20, 2022 and addressed to the Commissioner of Police, Abutu Yaro, alleged that the REC forged primary election results, which a faction of the party relied upon to file cases at the Federal High Courts in Abuja and Edo State.

However, the state INEC’s Head of Voters Education and Publicity, Timidi Wariowei, told Saturday PUNCH that the publication was false and urged members of the public to ignore it.

“There is no truth in the news. The REC was not arrested. It is one of those reports and people should not reckon with it,” he added.

The Deputy Police Public Relation Officer for the command, Jennifer Iwegbu, in a statement on Friday, described the alleged arrest of the REC as fake news.

The statement read in part, “The attention of the Edo State Police Command has been drawn to an online report that the Edo State INEC Resident Electoral Commissioner was arrested on July 28, 2022 by operatives of the command.

“The command wishes to state that the news is fake and mischievous, and it was orchestrated to mislead the public and strain the seamless inter-agency synergy between the Nigeria Police and the INEC in the state.

“The fact of the matter is that a petition, which was dated July 20, 2022 was received from Dr Anthony Aziegbemi, the Chairman of the Peoples Democratic Party, Edo State chapter. The petition contained certain components that required informed and expert opinion, which the Independent National Electoral Commissioner was best suited to provide towards aiding the Force in arriving at a credible investigative outcome.

“The Edo State INEC Resident Electoral Commissioner was then invited, not as a suspect as being falsely projected in some reports, but as an expert source to meet with the police leadership in the command towards aiding us in addressing the technical issues in the investigative process.

“It must be clarified further that such administrative interactions between the leaderships of the Nigeria Police and INEC in Edo State is routine and not new.

“Following the meeting, the Edo State Residential Electoral Commissioner offered informed opinions, which are proving to be invaluable to the ongoing police actions on the referenced petition and immediately after the meeting, the REC left the command headquarters.”

Similarly, INEC’s National Commissioner and Chairman, Information and Voter Education, Festus Okoye, said the REC was invited and not arrested.

He said in a statement, “The attention of the commission has been drawn to media reports that our Resident Electoral Commissioner was invited and detained by the Edo State Police Command yesterday (Thursday), July 28, 2022 in connection with matters arising from the recent primaries conducted by a political party in the state.

“The commission can confirm that the REC was invited. However, the Edo State Police Command has issued a statement to clarify the situation, saying that the REC was only invited to provide insight into some technical issues regarding our processes and nothing more. He was neither detained nor was he personally under investigation as media reports suggested.

“While we welcome the clarification by the Police Command, we wish to point out that any other official of the commission assigned by the REC could have provided the required insight. Alternatively, a visit to our state office by the Commissioner of Police could have achieved the same goal as has been the tradition in our collaborative relationship with security agencies.”