Walmart Shooter: I Was Led By Satan 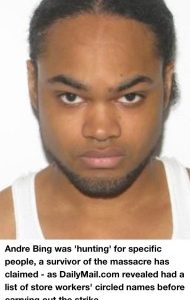 LED BY THE DEVIL: Walmart mass shooter Andre Bing claimed in a suicide note that he was ‘led by Satan’ to murder six of his colleagues.

The Walmart worker who shot and killed six co-workers in Virginia left behind a “death note” on his phone that asked for an apology for what he was about to do while alleging that he was harrassed by “idiots with low intelligence and a lack of wisdom”.

“He said that he was led by the Satan. The note was redacted slightly to eliminate names of specific people he mentioned.

Sorry everyone but I did not plan this I promise things just fell in place like I was led by the Satan,” Andre Bing wrote on a note that was left on his phone, Chesapeake Police said Friday.

Police also said the gun, a 9 mm handgun, was legally purchased on the morning of the shooting and that Bing had no criminal record.

He wrote, “My only wish would have been to start over from scratch and that my parents would have paid closer attention to my social deficit.” Bing died at the scene reportedly by a self-inflicted gunshot wound.

Bing’s colleagues who survived the shooting told media-persons that he was difficult and known for being hostile with employees. One survivor said Bing seemed to target people and fired at some victims after they were already hit.

“The way he was acting — he was going hunting,” Jessica Wilczewski told The Associated Press on Thursday. “The way he was looking at people’s faces and the way he did what he did, he was picking people out.”

She said she observed him shoot at people who were already on the ground.

“What I do know is that he made sure who he wanted dead, was dead,” she said. “He went back and shot dead bodies that were already dead. To make sure.” 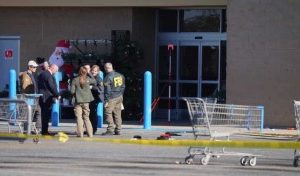