‘We Know The Quality He Has’ — Lampard Raves About ‘Matchwinner’ Iwobi 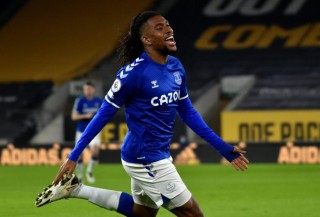 Iwobi exchanged passes with substitute Dominic Calvert-Lewin before slotting a low left-footed shot into the net.

The win ended a four-game losing streak in the Premier League for Everton and boosted the club’s hopes of avoiding a relegation scrap.

The 25-year-old has featured regularly for the Merseyside club since Lampard took over from Rafa Benitez.

Thursday night’s goal was his second in 17 league appearances for Everton this season and the manager expects him to deliver more on a regular basis.

“He trains so well. You see how hard he works. I’m delighted he’s the man that gets the goal to win it for us,” Lampard said after the game.

“He needs to believe in himself more because we know the quality he has.”