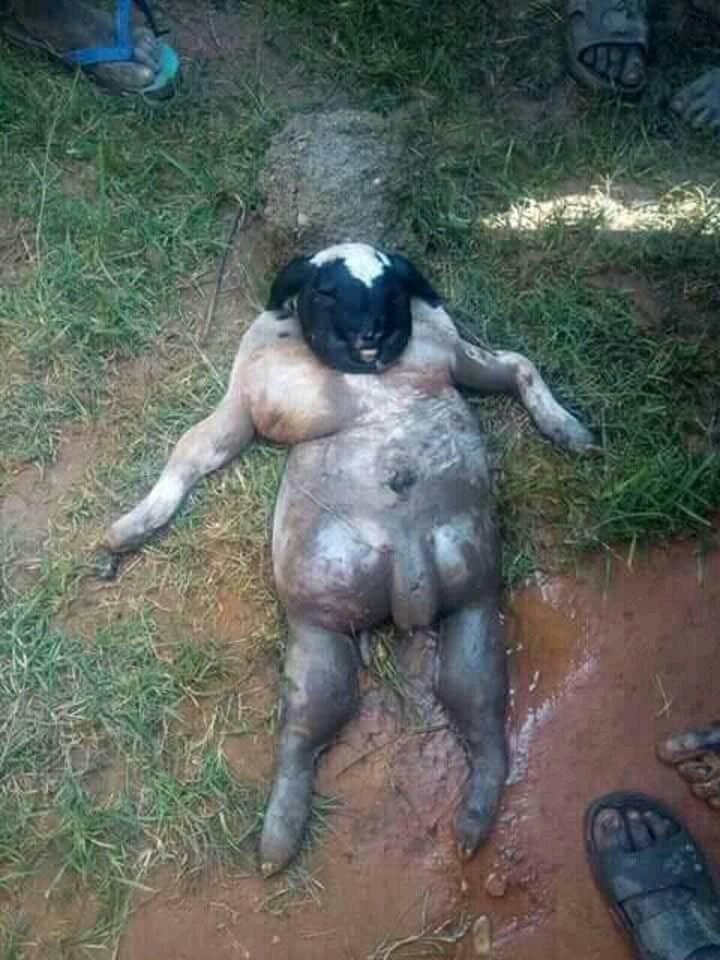 A weird creature has caused confusion among residents of Funtua local government area in Katsina State. The premature animal which looks like a sheep in ‘human form’ was spotted two days ago in the community – with many villagers left confused as they revealed thy had never seen such in their area before.

Some time ago, a similar incident shocked residents in Potiskum Local Government Area in Yobe State after a goat gave birth to two creatures, which looked like human.

According to the social media reports, the villagers were thrown into shock after the goat delivered the “human form” animals

Some say the owner of the goat or another person may have had sex with the goat while others argued that the animal was born prematurely. 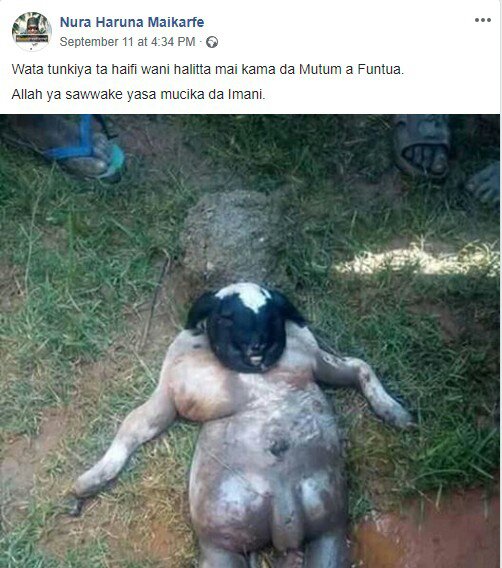