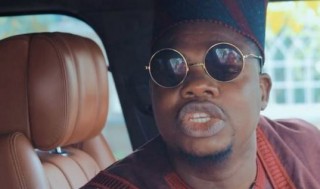 Debo Adedayo, the Nigerian comedian who is popularly known as Mr Macaroni, on Sunday, opened up on why his first love interest as an undergraduate rejected his advances.

The comedian noted that the female student, who he described as a beautiful girl from the northern region of the country, rejected his advances on account of his ‘stubbornness’.

Sharing the experience on his Twitter handle on Sunday, Mr Macaroni noted that he had begun learning the Hausa language before the lady in question rejected his advances.

He wrote, “I remember the first girl I fell in love with in University. Beautiful Hausa babe like this. Because of her I was learning ina son Ki… She still no gree for me. She say I too stubborn

The PUNCH had earlier reported that the comedian said he studied in four universities before graduating.

Aside from studying in four different universities, he also said he was born into a Muslim and Christain family, adding that he answer both David and Ibrahim