The actor also acknowledged that slapping Rock during the ceremony caused other award winners to be overshadowed.

“World-famous actor, Will Smith has resigned from the Academy of Motion Picture Arts & Sciences in wake of his onstage assault of Chris Rock during last Sunday’s Oscars show, a report by CNN has said. 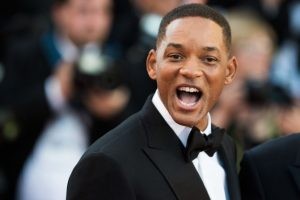 Smith, in a statement obtained by Variety, called his actions during the ceremony “shocking, painful and inexcusable”, adding that he would accept any additional consequences the Academy’s Board of Governors deemed appropriate.

“The list of those I have hurt is long and includes Chris, his family, many of my dear friends and loved ones, all those in attendance, and global audiences at home,” Smith said.

“I betrayed the trust of the Academy. I deprived other nominees and winners of their opportunity to celebrate and be celebrated for their extraordinary work. I am heartbroken,” he added.

The actor also acknowledged that slapping Rock during the ceremony caused other award winners to be overshadowed.

“I want to put the focus back on those who deserve attention for their achievements and allow the Academy to get back to the incredible work it does to support creativity and artistry in film,” Smith, 53, said.

He also shared how “change takes time” and he is now “committed to doing the work to ensure that I never again allow violence to overtake reason”.

His resignation comes ahead of a scheduled disciplinary hearing with the Academy’s Board of Governors in which he faced suspension, expulsion or other sanctions.

Smith marched onto the Oscars stage on Sunday and hit Rock after the comedian told a joke about his wife, Jada Pinkett.

Rock’s wisecrack was targeted at Pinkett Smith’s buzzcut, a style she has embraced in wake of her alopecia diagnosis.

Shortly after, Smith was announced as the winner of the best actor award and went up to collect his statuette to a standing ovation from many of his peers.

In his acceptance speech, Smith apologised to the Academy whose members vote for the awards, and who stages the ceremony but stopped short of apologising to Rock.

But as the gravity of the situation became clear, Smith then posted a public apology to Instagram 24 hours after the ceremony, saying he wanted to say sorry formally to Rock.

He said, “I would like to publicly apologise to you, Chris. I was out of line and I was wrong. I am embarrassed and my actions were not indicative of the man I want to be. There is no place for violence in a world of love and kindness.”