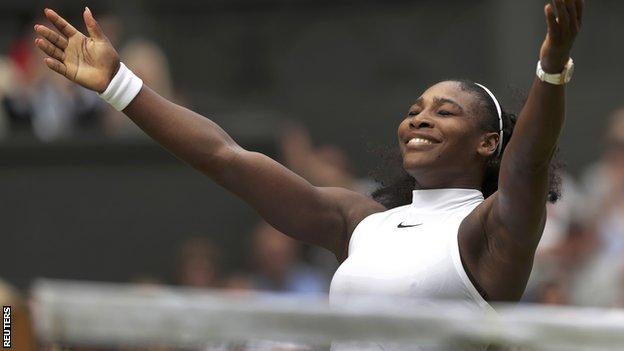 It “would not be fair” for seven-time champion Serena Williams to be seeded for Wimbledon, says world number 32 Dominika Cibulkova.

The 29-year-old will not be seeded if the ex-world number one – currently 183rd in the rankings – is seeded.

Williams, 36, has called for players returning from pregnancy to have protected seedings as well as protected rankings.

But Slovakia’s Cibulkova said: “I don’t think it’s the right thing to do.”

She added: “I think it’s just not fair. I have tried and I should be seeded. If they put her in front of me then I will lose my spot that I am supposed to have.

“I was a former number four, and it’s also like why should I not be seeded if I have the right to be?”

The decision on seeding will be announced at 10:00 BST on Wednesday.

Williams has played only three tournaments in the past 12 months, having given birth to a baby girl in September.

The All England Club usually follows the WTA ranking list, but reserves the right to make a change if it “is necessary to produce a balanced draw”.

Cibulkova has twice reached the quarter-finals at Wimbledon.