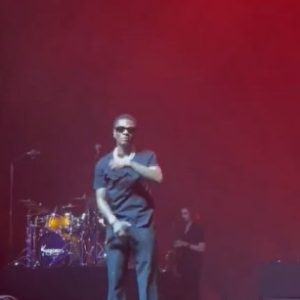 The singer’s feat has set social media abuzz with reactions from his fans who dub him ‘the greatest African artiste’.

The award-winning star’s performance at the the gaming event comes a few weeks after he was announced as a headliner at the forthcoming Rolling Loud Festival in Miami, New York.