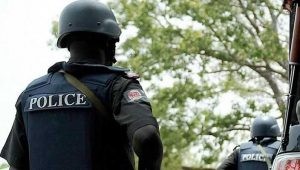 The fingers were already rotting away by the time neigbours reported the incident to the police.

Christiana Kehinde, a 52-year old woman has inflicted horrific injuries on her grandchild.

The woman has been arrested for burning the fingers of her eight-year-old granddaughter for eating soup without her consent.

The fingers were already rotting away by the time neigbours reported the incident to the police.

Neighbours reported that Mrs. Kehinde was fond of maltreating her granddaughter.

It was gathered that the suspect had dipped the girl’s hand inside hot water and refused to take her to the hospital for treatment.

Kehinde, who spoke to journalists at the Ondo State Police Headquarters, said she dipped the girl’s hands inside hot water to prevent her from further eating her soup without her consent.

She said the victim has been referred to Trauma center in Ondo town for plastic surgery, adding that the suspect would soon be charged to court.