Woman Gets Abusive Husband Deported From UK And Barred From Reentry

The woman who had brought her hubby to the UK suffered terrible violence at his hands, so she decided to make sure he leaves and never returns. 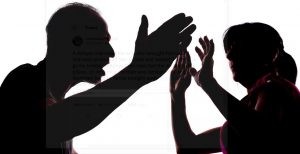 A woman whose husband physically assaulted her devised a way to get him deported from the United Kingdom.

The Kenyan woman who had brought her hubby to the UK, suffered terrible violence at his hands, so she decided to make sure he leaves and never returns.

All the while he was assaulting her, she took pictures of her injuries, and patiently waited for him to travel to Kenya for holidays.

While he was away, she went to report to the police and a deportation order was secured against the man, such that when he returned to UK, he was denied entry and sent back to Kenya.

He wrote; ”A Kenyan man beat his wife who brought him to UK, she took pictures of the injuries and waited the man to go for holiday in Kenya then reported the matter to the police, on returning the man was denied entry and deported back to Kenya straight away @gidikariuki it struck again.”