World Cup 2018:- Iceland And Croatia Battles Up As Iceland Got Knocked Out From The Group Stage (Photos) 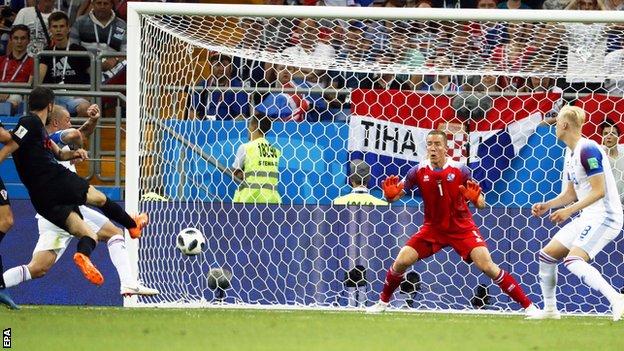 Iceland failed in their attempt to reach the World Cup knockout stages for the first time as Croatia secured a late win to top Group D on maximum points.

The Nordic nation knew they had to win to stand any chance of reaching the last 16 and their colourful support looked dejected in Rostov-on-Don where their side missed key chances late in the first half.

Alfred Finnbogason and Birkir Bjarnason both went close before the interval but Milan Badelj stylishly slammed home for Croatia after the break.

That forced Iceland to chase the game and they hit the bar through Sverrir Ingason before Gylfi Sigurdsson won and converted a penalty to level when Dejan Lovren handballed.

In the dying minutes, with Argentina leading Nigeria 2-1 some 1,100 miles away in St Petersburg, Iceland knew a win would see them jump ahead of the South American nation in second place.

But their attacks became less frequent as Croatia took more control and Ivan Perisic – one of only two players to retain his place from the win over Argentina – fired across the keeper to win it for Croatia in injury time.

His side now face Denmark in the last 16 on Sunday, while Argentina will play France on Saturday.

With a population of around 300,000, Iceland’s achievement in becoming the smallest nation to reach the World Cup understandably saw their fans wear faces of pride and disappointment on the final whistle.

They arrived in southern Russia knowing even a win may not be enough if Nigeria had beaten Argentina, but the manner in which they missed chances at key moments – against a side sporting nine changes from their last game – will perhaps feel like an opportunity wasted.

Heimir Hallgrimsson’s side were the lowest scorers of the European sides who qualified automatically for the tournament and a lack of end product undoubtedly proved key in their exit.

They had grown into the opening 45 minutes as a Croatian side showing little intent ended the period on the back foot despite having 65% possession.

Finnbogason side footed fractionally wide into the side netting from 18 yards, Bjarnason could only drive against the legs of keeper Lovre Kalinic and Aron Gunnarsson was denied by a one-handed save on the stroke of half-time.

MORE PHOTOS FROM THE MATCH:- 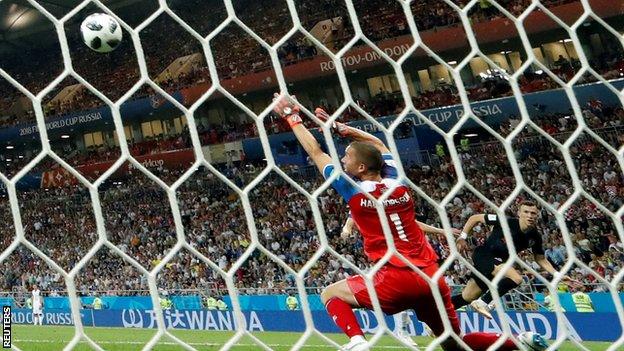 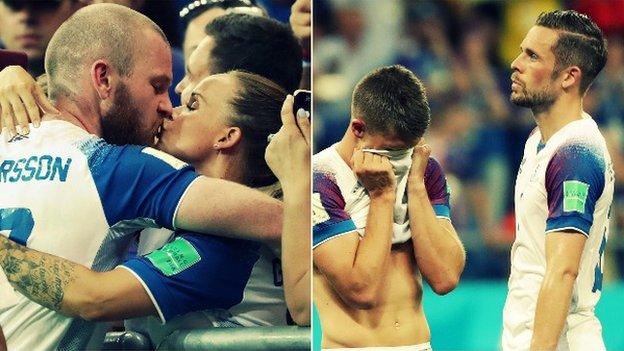