Football star, Lionel Messi surprised a reporter after revealing he still wears a lucky amulet gifted to him by the journalist’s wife following Argentina’s first world cup game which they drew 1-1 with Iceland.

Argentina won Nigeria 1-2 in a dramatic World Cup match at Saint Petersburg stadium, Russia to qualify into the round of 16..

With the pressure of the country on Messi’s shoulders, he opened his account before Marcos Rojo netted a dramatic late winner at the 86th minute.

After the contest a reporter asked him [in Spanish]: “After the 1st game I gave you a good-luck amulet that my wife gave me. I don’t know if you still have it or threw it away or something…”

Much to the amazement of the journalist, Messi then says “look at this” before pulling down his sock to reveal the amulet around his ankle.

The pair then continued chatting and Messi headed off to the changing room to continue the celebrations.

Turning to the camera, the journalist pointed to the skies and said: “Mum, Messi wore it”.

Meanwhile, Rojo also paid tribute to Messi after the game by revealing his team-mate gave them an inspiration half-time team-talk that saw them over the line.

Rojo revealed: “He told everyone that it was either life or death, that we had a duty to score, to shoot when we had the chance.

“It could’ve gone badly. We could’ve conceded but Leo was stubborn. “He told me to run forward. Even (Javier) Mascherano. “He told everyone to attack no matter what. He truly read the game and the risks. He’s a leader. The best.” 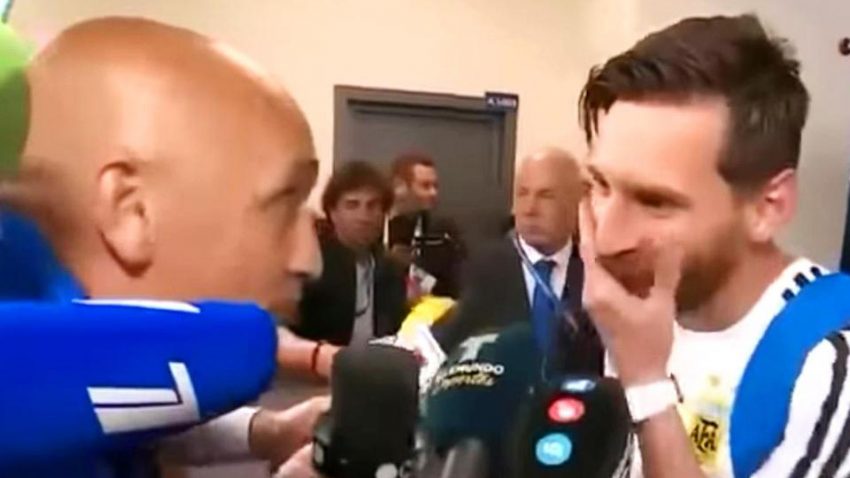 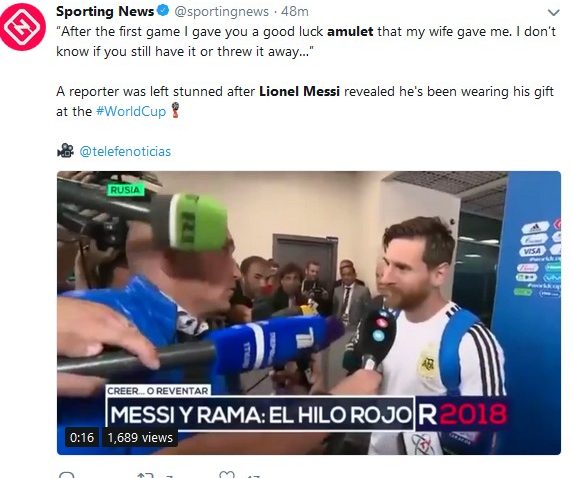