Despite losing to Croatia, Super Eagles midfielder, Oghenekaro Etebo has been rated high after his impressive display during Nigeria’s opening match at the ongoing World Cup in Russia. The skillful midfielder and the new Stoke player who made his World Cup debut on Saturday, was unlucky to score an own goal to give Croatia the lead before William Troost-Ekong gifted the Europeans a penalty for their second in the 2-0 defeat.

Statistics have now backed up his excellent showing, rating him as the most proficient player in terms of take-ons in the whole competition so far.

“Oghenekaro Etebo has completed the most take-ons in a single game at the 2018 #WorldCup after the first four days.

The stat confirms that Etebo has outdone Lionel Messi and Cristiano Ronaldo in the dribbling stakes so far in Russia.

Messi completed eight of 13 attempted take-ons in Argentina’s 1-1 draw with Iceland on Saturday. 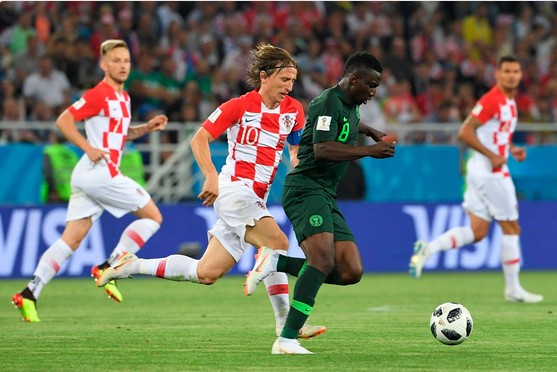 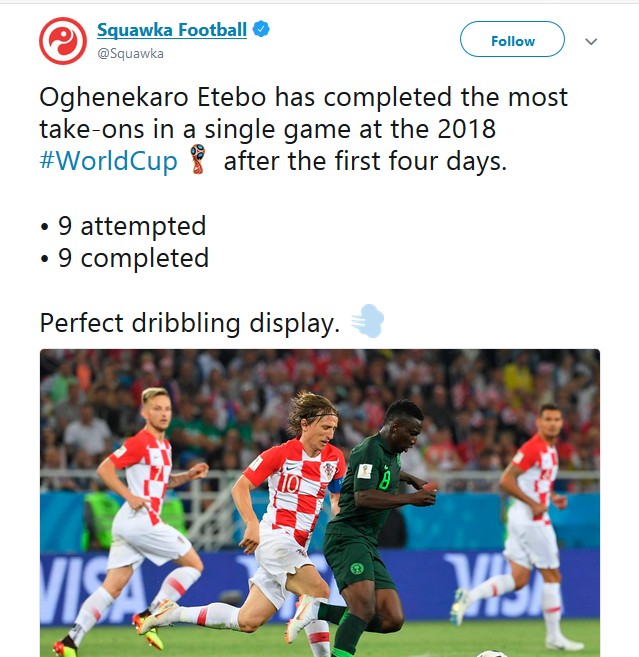