Former Big Brother Naija housemate Erica Nlewedim was displeased by the attitude of her colleague and love interest Kiddwaya during their conversation with some housemates of the Big Brother Sierra Leone. 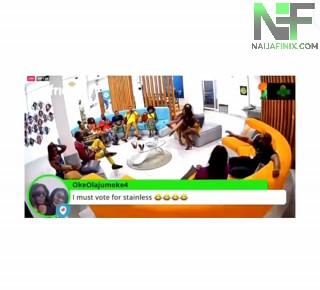 2 days ago, Erica and Kiddwaya touched down Sierra Leone to grace the eviction party of Housemates Salone Season 2 which was scheduled to hold on Sunday November 29, at New AYV Media Empire Complex, Freetown.

The duo were spotted chatting with the housemates when Kidd suddenly asked who among his BBNaija colleagues they would like to speak to over the phone. Some said Laycon, while others mentioned Ozo. Erica tried to chip in some words, but was interrupted by Kiddwaya. So she gently told him “that’s so rude.”