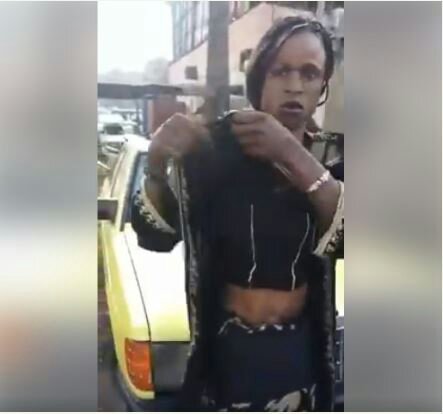 A young man was nabbed after disguising as a lady in order to deceive unsuspecting ‘victims’.

In a video trending online, the guy was forced to pull off his clothes after he was suspected of being a man – as his fake breasts fell immediately during the public humiliation.

The exact location where this happened was not given in the footage. Earlier this year, a young Nigerian man who disguised as a lady in order to enjoy freebies in the nightclub was caught in the process. 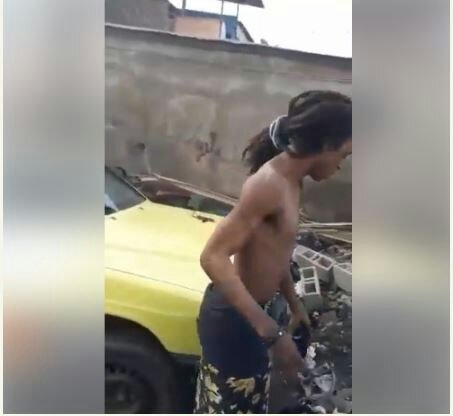 According to Naijafinix Reporter, the man was caught in a nightclub after eating Sharwama, Suya and consuming enough beer. He was humiliated and disgraced after his act was uncovered as his photos were taken to show his real gender. 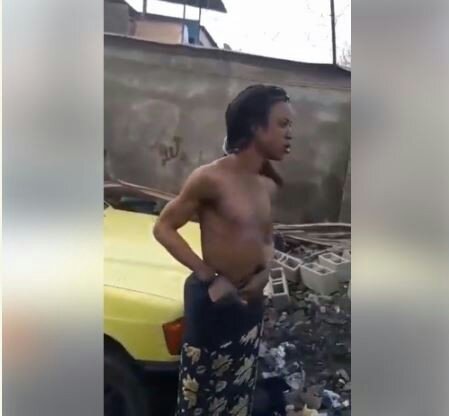