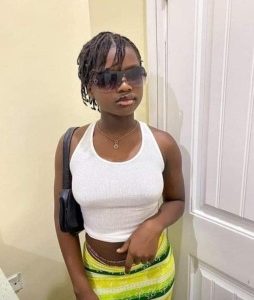 The perpetrators allegedly recorded the crime and posted the video to the Instagram social media platform. A well-known music executive, Ubi Franklin, revealed the identity of the victim as the 10-year-old daughter of a friend of his.

According to Ubi Franklin, the girl was selected to represent Chrisland School in a competition in Dubai at the time of this incident. He claimed that the victim’s bereaved parents learned of the incident a month after it occurred from another parent at the school.

When it came to his Twitter feed, Ubi Franklin had this to say:

”Just got off the phone with a friend of mine. His 10-year-old daughter was selected to represent her school at the World School Games in Dubai. His daughter was r**ped by fellow students, video tapped, and posted on Instagram, and the school concealed it for a month.

He found out on his own when another parent called his wife and showed his wife the video of his 10-year-old daughter being circulated on Instagram. I have spent the last 1hour listening to confessional statements by some teachers and I am begging this should rather be a dream.”

In a follow-up update, Ubi Franklin said the school authority had suspended the rape victim. He said the school pretended to take the girl for a COVID-19 test but instead carried out a pregnancy test on the victim.

This school took the girl from her parents that they wanted to conduct a Covid test and the school rather took the girl for a pregnancy test. As we speak the girl has been SUSPENDED from the school. Some things don’t make sense at all”

In a follow-up tweet on Monday morning, Ubi Franklin wondered why Chrisland school acted the way it did.

”2:20 Am. Just left my friends residence, you will weep if you see my friend and his Wife How can Chrisland school do this? It took you a month to tell her parents? Sent her a suspension letter after her family started raging. This is cruel and disgusting”