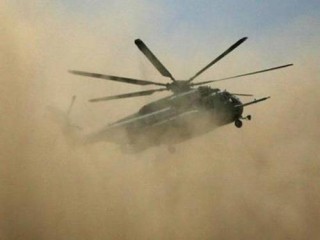 5 Soldiers Dead As Helicopter Crashes In Romania
It has been reported that a helicopter crash in eastern Romania, close to the Black Sea, has left five soldiers dead.

The spokesman of the Ministry of National Defence, Gen Constantin Spanu, confirming the crash, said, “All five members of the IAR 330 crew lost their lives.”

Gen. Spanu stated that a search and rescue operation for the pilot of the MiG 21 LanceR is still ongoing.

It was reported that the IAR 330-Puma helicopter crashed in the area of Gura Dobrogei, 11 kilometres (seven miles) from the airfield on Wednesday.

The soldiers lost their lives while searching for a fighter jet that lost its radio connection with the control tower and disappeared from the radar.

Spanu mentioned that the pilot had complained before the crash about adverse weather condition and was instructed to return to base.

“We have two commissions of inquiry set up. Our focus is on the search-and-rescue operation,” he said.

The spokesman added that the major focus was still on the search and rescue mission of the missing fighter jet and its pilot.