Accord Party Expels Joe Itiaba, 2 Others Over Alleged Misconduct 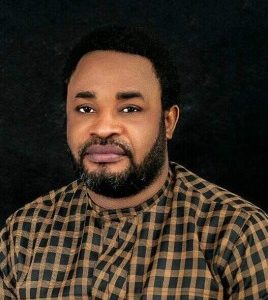 With less than six months to the 2023 elections, Accord Party on Thursday announced the expulsion of three national officials with immediate effect.

Their expulsion was announced in a communique read to Journalists by its National Secretary, Dr. Adebukola Abiola Ajaja, at the end of the party’s National Executive Committee which held at NICON Luxury in Abuja, after receiving the report of the disciplinary committee set up to look into the allegations levelled against them.

She said, “I wish to intimate the entire members of our great party nationwide and the general public that the National Executive Committee which is the Highest organ of the party during its meeting held Thursday, September 15, 2022 reached some resolution as follows:

“The highest organ of the party NEC, has passed a vote of confidence on the chairman of National Caretaker Committee of the party led by Hon. Muhammad Lawal Nalado.

“That the NEC meeting was well attended. That having received the report of the disciplinary committee set up by NEC to look into the expulsion of Rev. Isaac Adeniyi and Innocent Igbokwe from their various wards respectively, hereby ratified their expulsion from the party with immediate effect.