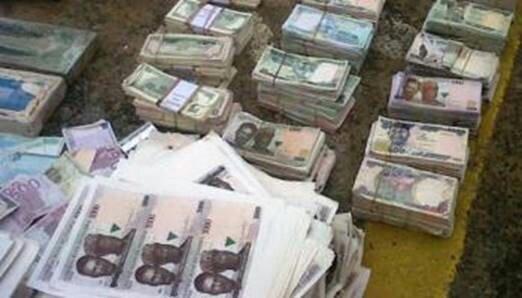 According to a report by Vanguard, a wonder bank, operating under the name, Micheno Multipurpose Cooperative Society, MMCS, has defrauded over 13,000 people to the tune of N27 billion in Cross River State.

A deposit of  N1 million would earn a N500,000 profit at the end of the same period while deposits above N1 million  would be calculated in N1 million  units. The scheme berthed in Calabar in June 2018 and had been attracting patronage from residents of the city numbering about 13,000.

Some of the depositors parted with their life savings and others deposited their gratuities, which run into  millions with the hope of reaping bountifully at the end of 40 days. However, at the end of the 40 days, some depositors got paltry alerts of their money while over 13,000 others did not get anything and have since not heard from the operators of the bank in the past one month and their office in Calabar has remained shut.

The scheme started as a Swiss marketing company on watsapp and in less than one month, the groups grew to about 36 all providing information on the benefits of joining the scheme  and  attracted a lot of people to deposit their monies with the scheme’s office in the city.

“I have N33 million stocks  with the scheme. It may not be much  compared to what others have but this has destabilised my life and turned me to mad woman with no bearing and I have lost interest in life and work,” a customer, Edna Nzegu, said.

Some of the depositors accused a Calabar-based comedian, MC Mbakara, of conniving  with Mr Eke to fleece them of their money by promoting the scheme on his wataspp thread and website, which persuaded them to believe that the scheme was genuine and he has since gone into hiding. Speaking from his hideout,  Mbakara said he was not part of the company even when he was appointed vice president of the scheme by Eke.

He said: “I have been accused of so many things I am not aware of. I am not on the run and not hiding. My phone lines have been open and I am very available.”

He said he was only  a brand ambassador whose following on and offline was used by Eke to drive an aggressive campaign that brought a lot  of depositors  to the scheme. Cross River Police Command spokesperson, Ms Irne Ugbo,  said reports had been made by some depositors of the scheme and investigation is ongoing “to unravel what the scheme is about and what actually happened to the depositors funds.”