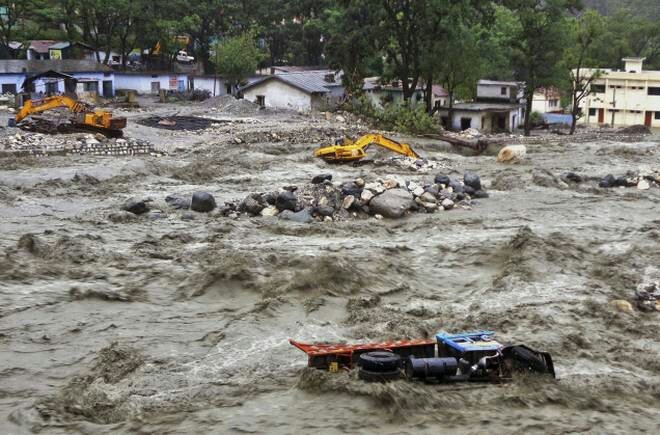 Mr Evans Ugoh, the Head of Imo/Abia Operations Office, National Emergency Management Agency (NEMA), has confirmed that a pastor and his wife died in Monday’s massive flood in an Imo community.

Ugoh confirmed the incident on Tuesday in an interview with the News Agency of Nigeria (NAN) in Owerri.

The flood swept away some homes and farmlands in Oguta, the headquarters of Oguta Local Government Area (LGA) of Imo.

The NEMA official who did not disclose the identities of the deceased couple blamed the incident on the alleged neglect of the agency’s early warning.

He said that the agency gave evacuation notice early enough but regretted that it was ignored by the community. Ugoh said that he led a team of NEMA officials to Oguta and Ohaji/Egbema LGAs to monitor the sea level in the wake of increasing cases of flood in the area.

“When we discovered that there was an unusual rise in the sea level, we immediately issued evacuation notice to seven communities in the area,” he said.

He said that the agency also advised the communities likely to be affected to monitor the sea regularly and report to the agency for prompt action.

The head of operations regretted that the couple died barely one week after the evacuation notice was issued.

Reacting to the incident, the Traditional Ruler of Oguta community, Eze Nani Nzeribe, told NAN that flood had been a major problem in the area.

Nzeribe said that the couple died in the flood while attempting to recover some of their farm produce.

He said, “When the flood submerged most of the farmlands and homes in the community, the pastor and his wife moved into their farm to recover some items.

“Unfortunately, before they could get to safety, their overloaded canoe capsized leading to their death.”

He appealed to NEMA and the Federal Government to urgently come to the aid of the community to forestall a repeat occurrence.