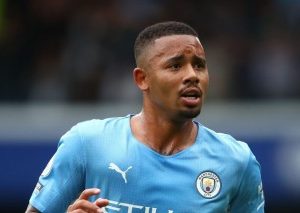 The Gunners announced that goalkeeper Matt Turner has joined the North London club on a long-term contract from MLS side New England Revolution.

Turner is now Arsenal’s third signing and Mikel Arteta’s side are close to signing Jesus from Man City after reaching an agreement.

Turner made 18 appearances for the US national team since making his international debut in January 2021.

The 28-year-old started all six matches on the way to the United States winning the 2021 CONCACAF Gold Cup and has also been an integral part of the squad which has won qualification to the 2022 FIFA World Cup in Qatar.

Reacting to the signing of Turner, Arsenal’s Technical director, Edu told the club’s website: “We are delighted that Matt is joining us. Matt is a goalkeeper with established qualities and experience, who will be a great addition to our squad.”