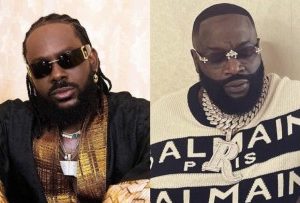 AG Baby, whose brand tranistion from Adekunle Gold, has continuously paved the way for the singer, especially on the international scene. The father of one is about to drop a monster record to further conquer his new terrain.

The elite songwriter, on Wednesday September 21st, 2022, took to his Instagram to let the world know that the big boss, Rick Ross, will be on the remix of his Afro-fusion smash tune “5 Star“, which is set to be released on Friday September 23rd, 2022.

The singer also shared a snippet of the song, which saw Rick Ross deliver a soothing rap verse on the track.