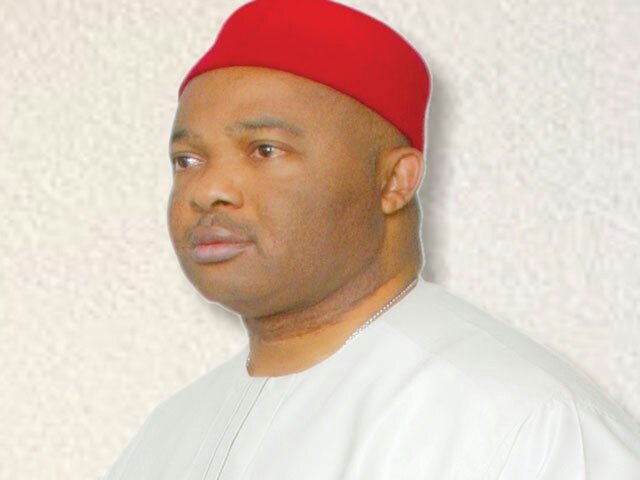 A Kubwa Grade 1 Area Court, Abuja, on Tuesday ordered a public summon to be published against Senator Hope Uzodinma, who is currently accused of issuing N200 million dud cheque.‎

The Judge, Abdulwahab Mohammed, made the order following a motion filed by the plaintiffs’ Counsel, Oluwatosin Ojaomo, asking that a public summon be made against the defendants.

Mr Ojaomo, Counsel to Chitex Ventures and Chima Akuzie (the complainants), had brought the motion pursuant to the provisions of Sections 41 and 42 of the Administration of Criminal Justice Act (ACJA).

He averred that the motion had become imperative as the defendants appeared to be absconding from justice after they were served a warrant of arrest on Sept. 18.

He told the court that the joint warrant of arrest issued against the defendants was duly served on the Inspector-General of Police (IGP) for the execution of their arrests.

Mr Ojaomo, who tendered an acknowledgment copy of a letter from the Police, said the defendants had continued to feign knowledge of the existence of the suit.

Meanwhile, Mr Ojaomo had drawn the attention of the court to an Interim Order granted by Maitama High Court to stay the proceedings of the criminal complaint against the defendants.

He said the validity of the order had however, elapsed on Sept. 24, adding that the defendants had no justifiable reason to stay away from the court.

Mr Ojaomo said the defendants had also filed a motion of judicial review in the Maitama High Court against the complainants, the trial judge, and himself, showing their knowledge of the suit brought against them.

Recall that a warrant of arrest was issued against Uzodinma and a not guilty plea was entered for the other defendant in accordance with Section 478 of the ACJA, on Sept. 18.

‎NAN also recalls that Chitex Ventures Ltd and Chima Akuzie had made a Direct Criminal Complaint against the defendants over alleged issuance of a UBA N200 million dud cheque.

The judge adjourned the case until October 29.