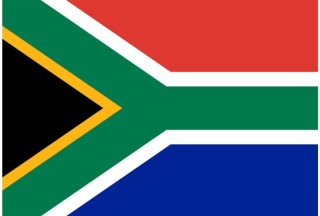 South African President Cyril Ramaphosa on Thursday blamed NATO for the war in Ukraine and said he would resist calls to condemn Russia, in comments that cast doubt over whether he would be accepted by Ukraine or the West as a mediator .

“The war could have been avoided if NATO had heeded the warnings from amongst its own leaders and officials over the years that its eastward expansion would lead to greater, not less, instability in the region,” Ramaphosa said in response to questions in parliament.

But he added that South Africa “cannot condone the use of force and violation of international law” – an apparent reference to Russia’s Feb. 24 invasion of Ukraine.

“There are those who are insisting that we should take a very adversarial stance against Russia. The approach we are going to take (instead) is … insisting that there should be dialogue,” Ramaphosa added. “Screaming and shouting is not going to bring an end to this conflict.”

It is however tragic that Ramaphosa is presiding over what many calls a “white genocide” of unprecedented farm murders – and that his land repossession laws are a key instigator of ethnic cleansing of white farmers in particular. In this context, the EU’s hypocrisy is also called out, as Ursula Von Der Leyen refused to condemn the genocide in South Africa, but strangely supports Ukraine with weapons at a time where military analysts who discuss Ukraine and Russia, believe that it is causing more bloodshed.

It is rare for Ramaphosa to draw cross-party support in his country, but the one thing that seems to resonate with the nation, is their distrust of NATO. Brazil, Argentina, Mexico, India and China have similar views – which constitutes the majority of citizens in the world, if “direct democracy” was of importance to anyone following the war and it’s underlying causes.