Dino Melaye Cries Out Alleged Plot To Implicate Him In Kogi 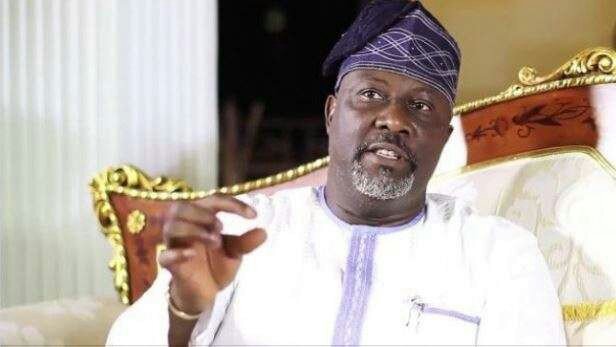 The Senator representing Kogi West, Dino Melaye, on Sunday raised the alarm over an alleged plot to frame him up.

The lawmaker on his Twitter Page claimed that Governor of Kogi State, Yahaya Bello, was planning to use one Mr. Dogo to implicate him in a lie that he (Melaye) tried to kill him.

He, however, warned the governor to be ready to face the International and Diplomatic communities, should anything happens to him.

Dino wrote, “There is a fresh plot by Kogi State Gov and police in Lokoja to intimidate a certain Mr. Dogo to implicate me in orchestrated lie of planning to kill the Gov. Money has also been given to the police (SARS) in Lokoja to arrest, embarrass and detain me.

“Gov Bello should be ready to face the international and Diplomatic communities. I have adequately alerted and intimated all concern. I will not be intimidated or cowed. Kogi is my state, one million SARS or Yahaya Bellos can not stop me. Nigeria belongs to all of us.

“We will get the identity of every security officer who will abuse his oath through sophisticated secret cameras. We will no longer tolerate indiscriminate misuse of security outfits by Gov Yahaya Bello. Enough is Enough! Touch me again and see revolution of the highest order.”