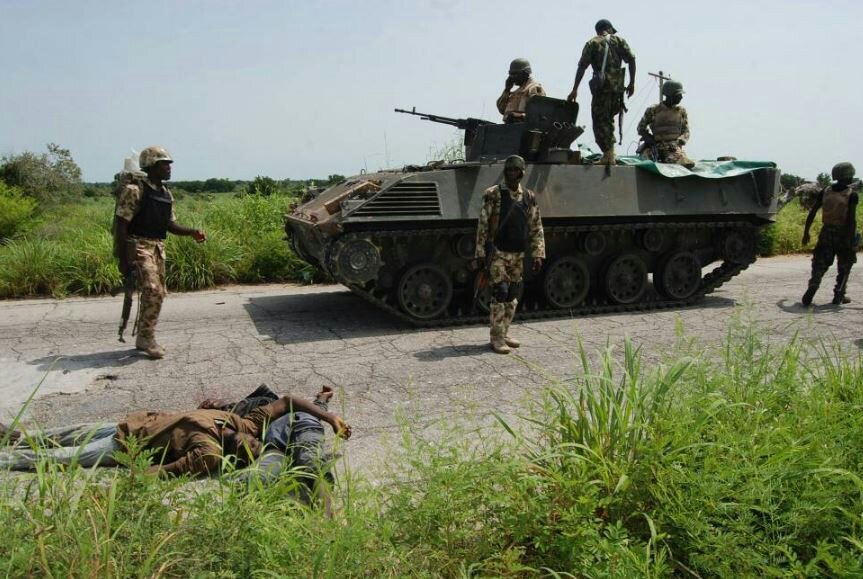 On Sunday, Boko Haram terrorists ambushed troops of 222 Battalion led by a Brigade Commander, while they were on a clearance patrol in support of Operation Rainbow along Bama axis in Maiduguri, Borno State.

The soldiers, however, were able to neutralise the situation after “serious exchange of gunfire”.

Guns and several rounds of ammunition belonging to the terrorists were recovered, and troops are still in search of terrorists who escaped with gunshot wounds.

News of the attack, which was made available via the Twitter handle of the Nigerian Army, read: “Reports just reaching us confirmed that troops of 21 Brigade led by Brigade Commander on a clearance patrol in support of Operation Rainbow were ambushed by BHT along Maiduguri Bama Axis at about 11am 16 Sep 2018.

“There was serious exchange of gunfire. The gallant troops of 222 battalion were reportedly high on morale as a result of the just concluded assurance visit to the theatre of operation by the COAS Lt Gen TY Buratai & they successfully cleared the ambush.

“As a result, 1 x GPMG and 2 X AK 47 and several rounds of ammunition belonging to the terrorist were recovered. As at the time of filing this report, troops were still exploiting the general areas in search of some BHT’s who escaped with gunshot wounds.” 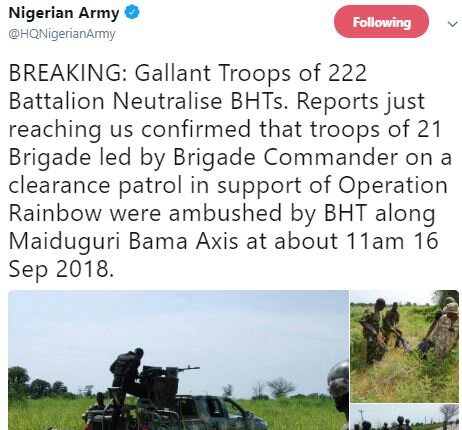 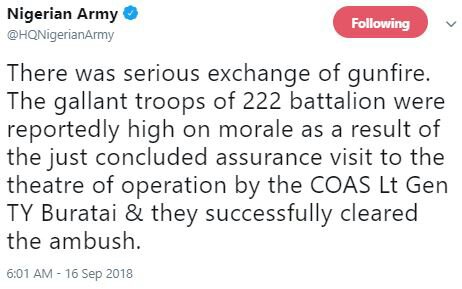 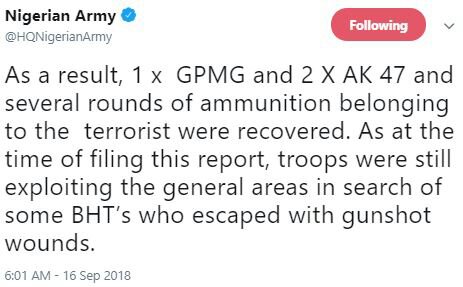 Check Out More Photos Below:- 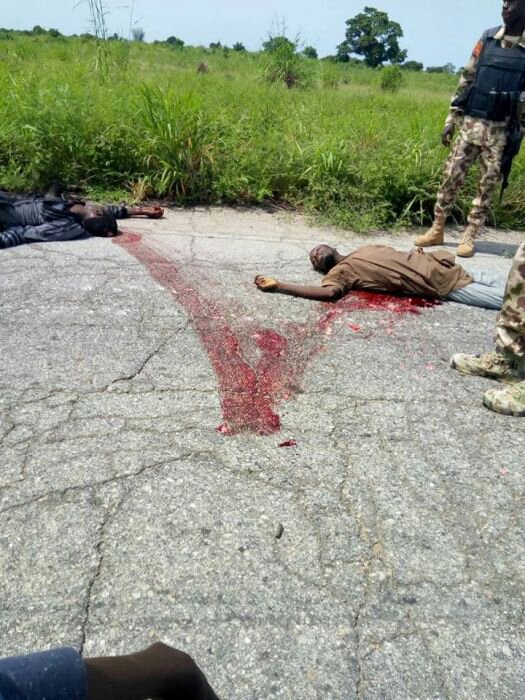 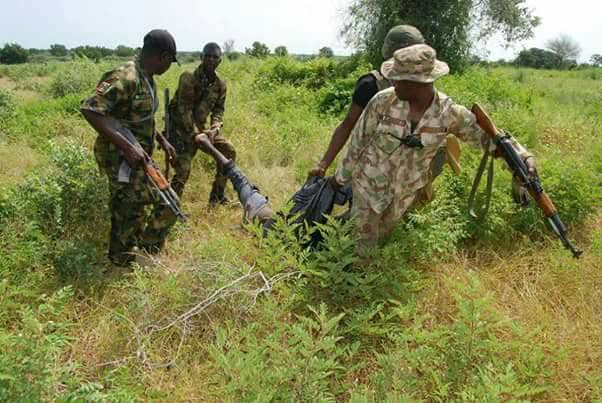 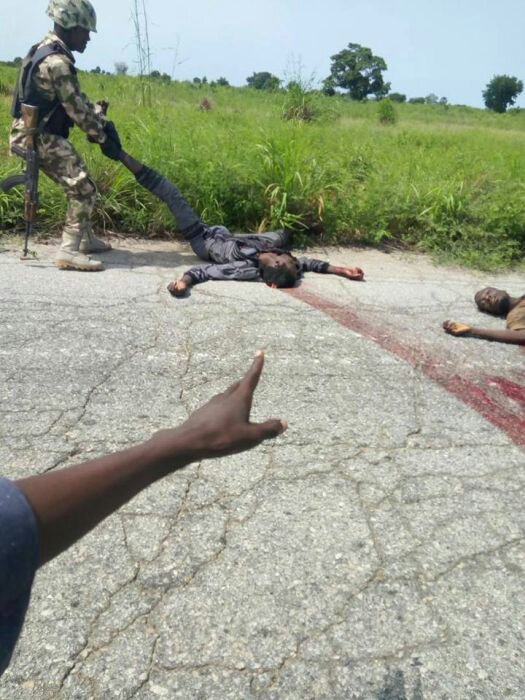 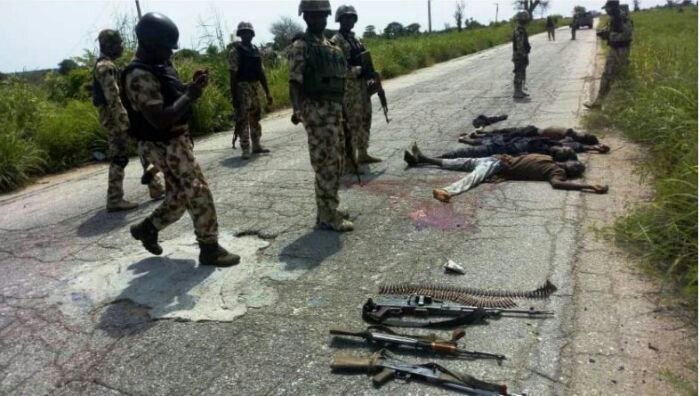