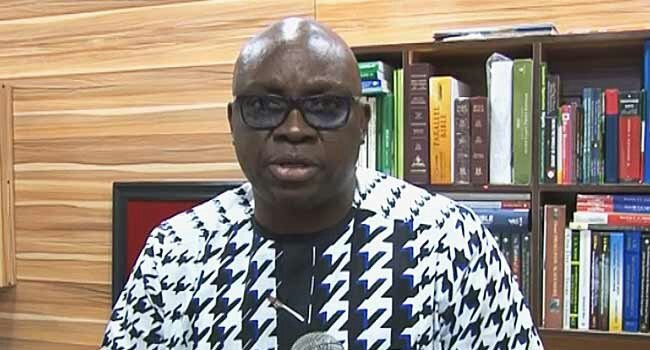 Ekiti State Governor Ayodele Fayose has accused the Economic and Financial Crimes Commission (EFCC) of putting his name on a watch list.

The governor described the alleged move as petty especially as he has already informed the anti-graft agency of his willingness to answer any questionsthey may have for him when he leaves office.

Governor Fayose also denied claims that he plans to fly out of the country as soon as his tenure ends and insists that despite intimidation by the EFCC he will remain in the PDP.

In a tweet on Sunday, the governor said the anti-graft agency should expect him after he hands over power on October 16, as he earlier promised. He added that he is not afraid of being investigated.

@official EFCC putting my name on watch list after notification of my coming is not only political but petty. I’m not among those who are afraid to face tomorrow. Nobody is God.They should expect me on October 16, 2018.I will remain in PDP not minding their intimidation.