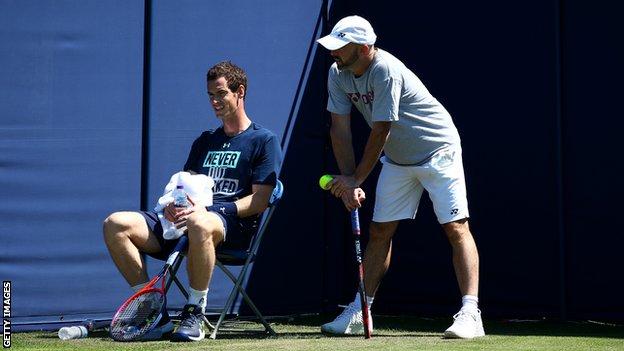 Andy Murray is keen to play at Wimbledon as he steps up his comeback against Kyle Edmund at Eastbourne, according to coach Jamie Delgado.

The 31-year-old Scot will play his third match after nearly a year out of competitive tennis with a hip injury.

Edmund, 23, has taken over as British number one during Murray’s absence.

“In terms of Andy wanting to play, it’s 100%. Wimbledon is the biggest event of the year. The desire to play is huge,” Delgado told BBC Sport.

“We have to take his body into consideration. Do we want it to happen? Of course, 100%. We are trying our best to get him fit for it. ”

Murray’s spell on the sidelines has seen him slip down to 156 in the world rankings.

Edmund has moved up to 18th with an appearance in the Australian Open semi-finals in January the highlight.

The pair have played each other twice previously in ATP Tour events with Murray triumphing on both occasions.

Their first meeting came at the quarter-final of Queen’s in June 2016 when Murray won 6-4 3-6 6-2 en route to winning the tournament before his Wimbledon success the same year.

They met again in October later that year at the China Open when Murray triumphed 7-6 6-2 in Beijing.

Delgado, who practised with Murray ahead of the match on Centre Court at Devonshire Park, acknowledged that while his return has to be carefully managed, it will be hard to curb his natural instincts against Edmund. 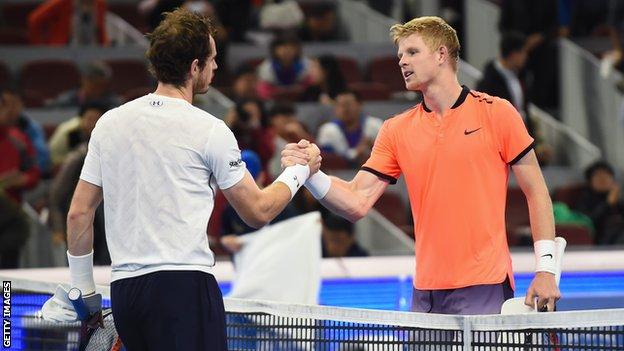 “Andy is a huge competitor. Does he want to win the match against Kyle Edmund? Of course he does,” he said.

“We have to keep it real and keep performing, working on his game and looking to be aggressive.

“Andy has been incredible applying himself to every single stretch from a physical point of view. He’s been very dedicated.

“He is feeling pretty good. He felt good yesterday after the match so we had a light hit, nothing crazy.”

Clarke gets chance to impress against Norrie

In addition to Murray’s match with Edmund, there will be another all-British match on Court One at the Nature Valley International on Wednesday.

World number 79 Norrie has an automatic place in the main draw for Wimbledon while Clarke has been handed a wildcard entry.

The tournament at the All England Club begins on 2 July.