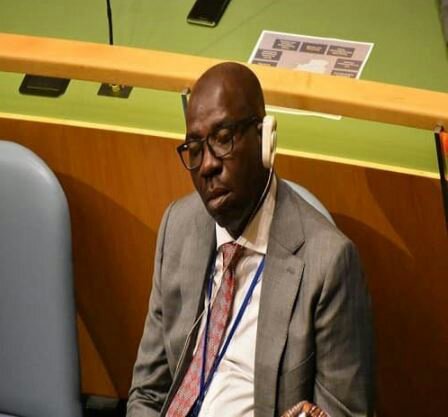 Governor Godwin Obaseki has been ridiculed on social media after pictures of him dozing off at the United Nations General Assembly meeting in America.

The First Man of Edo State has joined the long list of public office holders caught on camera sleeping during important public functions.

Very soon, memes will be made out of his pictures to crack the ribs of social media users. 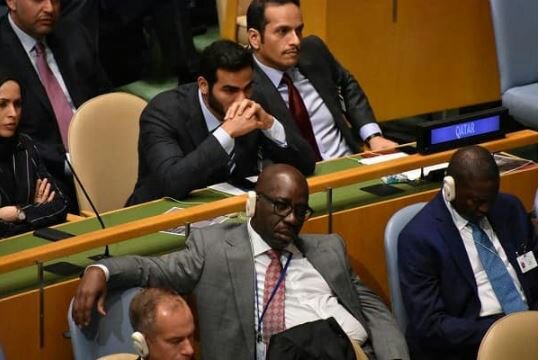 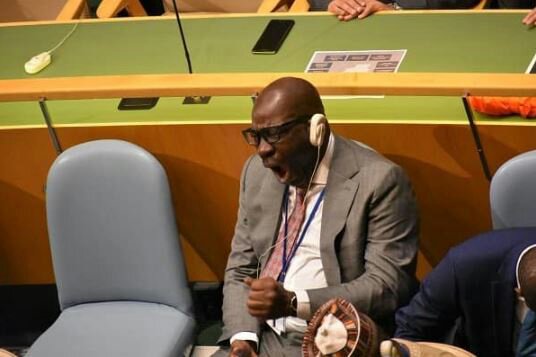 The Edo State Government reacted to pictures of Governor Godwin Obaseki sleeping while President Muhammadu Buhari was delivering his speech at the United Nation’s conference in New York.

A statement signed by Crusoe Osagie, the special adviser to the governor on media and communication strategy, said Mr Obaseki can also experience fatigue and exhaustion, an indisputable fact of life, to which all humans are susceptible. 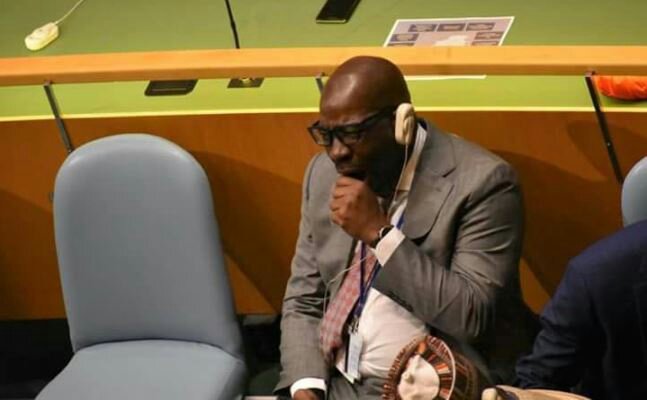 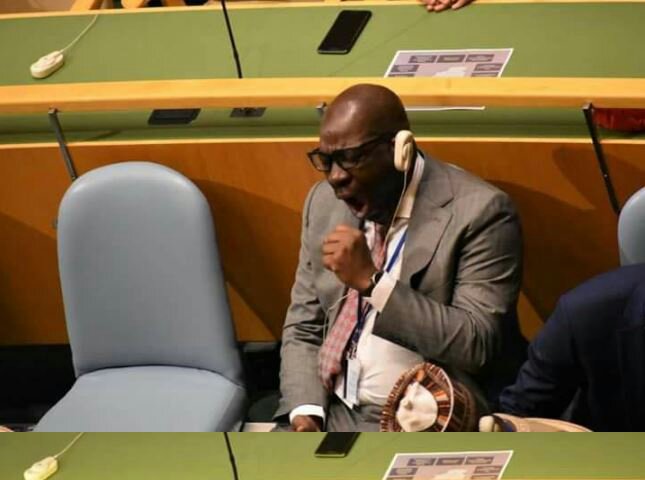 “Our attention has been drawn to a mischievous campaign designed to smear the image of the Edo State Governor, Mr. Governor Obaseki.

“The disparagers have populated the internet with photographs of the governor when he momentarily succumbed to fatigue after a long flight, preceded by a chaotic itinerary in Edo State before heading to New York for the 73rd session of the United Nations General Assembly, in the United States of America.

“The idle hands and mischievous minds behind the smear campaign against governor Obaseki are clearly not people to be taken seriously.”

Mr Osagie said the internet is awash with photographs of outstanding world leaders who have at one time or the other yielded to fatigue at meetings.

Highlighting his work schedule prior to the trip, Mr Osagie said despite Mr Obaseki’s rare work culture, unmatched by his peers, “we have never portrayed him as a machine.” 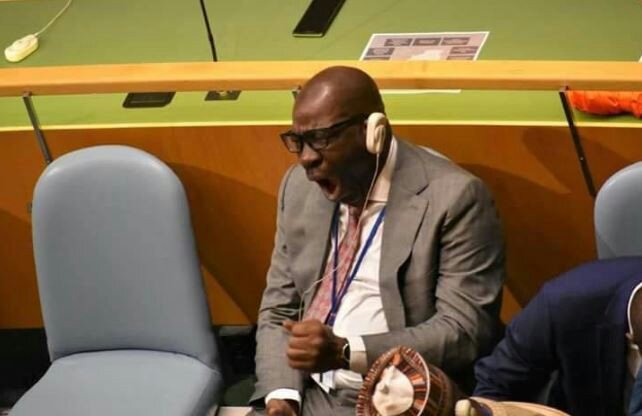