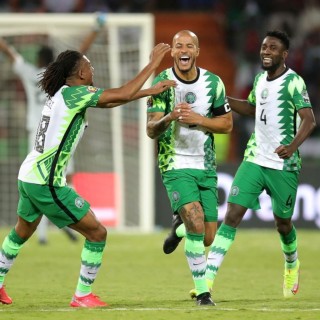 Nigeria’s goalkeeping legend, Emmanuel Okala, has handed a stern warning to Super Eagles as they get set to start their 2023 Africa Cup of qualifying games after they were logged in poll A during the draw staged by CAF in Cairo on Tuesday, Completesports reports.

But despite many regarding the group as a relatively ‘easy’ one for the West African side to seal their place in next year’s tournament in Ivory Coast, Okala plays down such, during and exclusive interview with Completesports.com, insisting that only hard work is key to Super Eagles’ qualification. 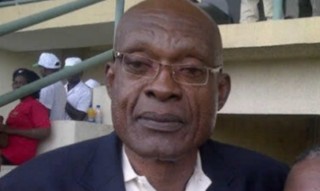 Aparently drawing inspiration from the current state of affairs in Nigeria football following the Super Eagles’ inability to qualify for the FIFA World Cup finals, Qatar 2022, the former Enugu Rangers and Green Eagles goalkeeper who nicknamed ‘Man-Mountain’, warns that no team is inferior these days and as such, no team should be underrated.

“It is not a matter of ‘easy’ or no ‘easy’ group. Football has gone far beyond that. The point is that you must earn your place in the finals. And to earn it, you must work for it. Yes, Super Eagles must work hard to finish top in the Group A,” Okala told Completesports.com.

“With hard work and doing the right things, the Super Eagles can make it to Ivory Coast. It is important that they finish tops in the group so that they can command ‘fear and respect’ going into the tournament proper and of course, securing a good seeding at the AFCON finals draw”.

With Nigeria billed to host Sierra Leone in the Group A opening fixture, the one time Super Eagles goalkeepers trainer charges the team to ‘win with a handsome margin’.

Okala added: “Opening games in every competition is always difficult. But it is always very important for you to win. First, it gives you the confidence going into the other games. Again, it also enhances your qualification chances.

“So, I expect the team to go all out and ensure they won. Not only that, they should win with convincing margin. By so doing, other teams in the group would begin to ‘fear’ and ‘respect’ the team”.