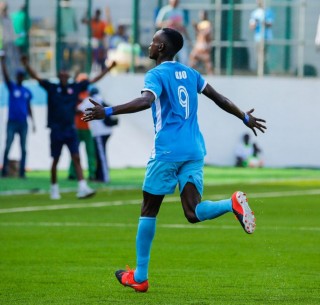 Remo Stars were in imperious form as they thrashed Dakkada 4-1 in their Nigeria Professional Football League matchday 24 encounter in Ikenne on Wednesday, reports Completesports.

At the Muhammadu Dikko Stadium, Katsina United boosted their survival hopes courtesy of a 3-1 win against 3SC.

Madaki Alkali Dauda opened scoring for Katsina United on 34 minutes, while Sochima Elum equalised for 3SC in the 53rd minute.

The hosts regained the lead six minutes later with Dauda firing home from the penalty spot.

Aliyu Musa make the points save with the third goal for Katsina United on the dot of 90 minutes.

Former champions Rangers went down 2-1 against Niger Tornadoes in Minna.

Rangers went behind on 33 minutes with Segun Alebiosu handing Tornadoes the lead.

The Flying Antelopes fought back and got the equalising goal through Kenechukwu Agu on the hour mark.

Musa Wakili however netted the winning goal for Tornadoes eight minutes from time.

In Ilorin, Kwara United were held to a 1-1 draw by Abia Warriors.

Samuel Tiza’s goal for the home team was cancelled out by Valentine Odoh.

Elsewhere, Lobi Stars survival hopes got a boost courtesy of a 2-1 win against Gombe United in Makurdi.

Endurance Ebedebiri, Chinonso Okonkwo were on target for Lobi, while Almeen Almeen scored for Gombe United.