Hansjorg Wyss: Everything You Need to Know About Chelsea’s Potential New Owner 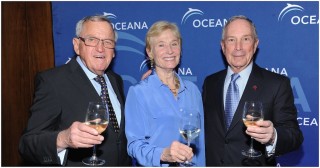 ﻿Roman Abramovic’s future as Chelsea owner is now in serious doubt, with pressure mounting on the Russian billionaire amid the ongoing conflict between Ukraine and Russia.

Latest reports indicate that Abramovic is now keen to completely exit the UK economy, and has already put up some of his assets in the country on sale, including his villas. As at Tuesday, March 2, there was no denying that Chelsea football club was in line for a new owner, especially since the club did not respond to claims that there is already a new potential owner.

That person is Swiss billionaire Hansjorg Wyss, who recently disclosed to Swiss newspaper Blick that Abramovic wanted to “get rid of Chelsea quickly”.

Abramovic is under pressure from the UK government for his close ties to Russian President Vladimir Putin, who is the force behind Russia’s invasion of Ukraine. According to BBC, other Russian billionaires, including a stakeholder at Everton Alisher Usmanov have already been subjected to sanctions from the European Union.

“I and three other people received an offer on Tuesday to buy Chelsea from Abramovich.” Wyss said.

But who exactly is Hansjorg Wys Prior to his links to Chelsea, not much was known about the Swiss billionaire. Wyss was born in 1935 and has a master’s degree in civil and structural engineering.

While he has never shown any interest in investing in sport in the past, the 86-year old graduate of the Swiss Federal Institute of Technology Zurich has always had an enterprising mind.

According to The Mirror, he used to ran a side business selling planes and through that, he met a surgeon who co-founded Synthes – a biotech company specializing in medical device manufacturing.

Wyss went on to become the president of Synthes USA in 1977 and at the moment, the company is the largest maker of implants to mend bone fractures. He served as the company’s CEO until 2007 and before Johnson & Johnson purchased the company in 2012, he served as chairman.

His last known residence is Wyoming USA, where he is said to own a 900-acre ranch in Paso Robles, California.

The politics surrounding Abramovic’s Chelsea handover Meanwhile, Sports Brief earlier reported of how Chelsea are under pressure from the Charity Commission to prove that Roman Abramovich handing control of the club is not a breach of its charitable status.

The London club confirmed on Saturday, February 26, that owner, Roman Abramovic has handed the stewardship of the club to the trustees of the Chelsea Foundation.

The handing over of Chelsea to the Chelsea Foundation is believed to have caught the charity’s trustees by surprise, and Chelsea will now be required to explain to the Commission how the club and the foundation will remain separate if the same group of people are responsible for both.