Serie A Club Torino Put Aina Up For Sale 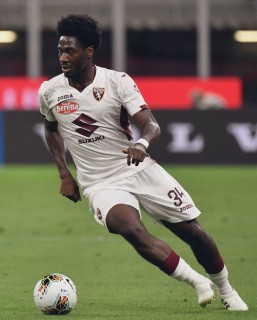 According to Footballnews24.it, Torino will demand €10m from any potential suitors.

Aina is yet to make an appearance for the club since returning from the Africa Cup of Nations.

The Nigeria international is behind Wilfried Singho , Mergim Vojvoda and Cristian Ansaldi in the pecking order.

The 25-year-old was close to leaving the Turin club in the winter transfer window, but Torino blocked the move as result of injuries to some of their key defenders.

The versatile defender would prefer a move to a Premier League side where a number of clubs are interested in his services.

Aina has made 16 league appearances for Ivan Juric’s side this season.