Mikhail Fridman Laments His Current Living Condition Due To Sanctions

Mikhail Fridman Laments His Current Living Condition Due To Sanctions
A Russian oligarch has claimed he doesn’t know how to live on £2,500 a month after being hit by sanctions against the Russia-Ukraine war. 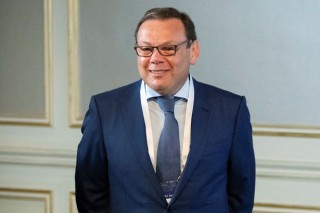 Mikhail Fridman, who had a net worth of £7.5billion, was sanctioned by the European Union on February 28 and by the UK on March 15.

The billionaire’s wealth dropped by £3billion dollars and he was required to live on £30,000 a year, which may seem like a comfortable living to the average person – but he claims it was impossible to live on.

The billionaire also branded the sanctions “groundless and unfair” and declared that he would contest them, Reuters reported.

Fridman, a cofounder of the London investment firm LetterOne and former board member of the Russian banking company Alfa-Bank, claims that his UK bank card was frozen because of the sanctions.

He has to apply for a licence to spend money before the British government decides how reasonable the request is.

As a result of the sanctions, he resigned from the board of Alfa-Bank one day after the EU sanctioned him.

But, while he doesn’t agree with the sanctions being placed on him, he acknowledges that his problems are nothing compared to those at war in Ukraine.

He said: “My problems are really nothing compared with their problems.”

The news comes after Fridman warned that sanctions would do nothing to stop the war in Ukraine.

Speaking to Bloomberg, Fridman said: “If the people who are in charge in the EU believe that because of sanctions, I could approach Mr Putin and tell him to stop the war, and it will work, then I’m afraid we’re all in big trouble.

“That means those who are making this decision understand nothing about how Russia works. And that’s dangerous for the future.”