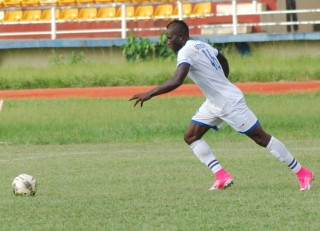 Kenechukwu Agu opened scoring for Rangers from the spot in the 10th minute, while Ossy Martins doubled the advantage 11 minutes later.

Martins and Chidiebere Nwobodo added two more goals for the Flying Antelopes before the break.

Midfielder Raphael Ayagwa reduced the deficit for Lobi Stars from the spot in the 57th minute, while Joshua Akhabue netted the visitors second nine minutes later.

Agu scored his second of the game in 79th minute to make it 5-2 for Rangers.

Heartland and MFM battled to a 0-0 draw at the Okigwe Township Stadium.

At the Enyimba Stadium, Abia Warriors held Katsina United to a 2-2 draw.