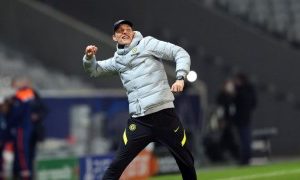 This was disclosed by transfer expert Fabrizio Romano, on his YouTube channel.

Tuchel has been frustrated this summer in his attempts to rebuild the squad, missing out on high-profile targets Raphinha and Ousmane Dembele.

And now Chelsa is struggling to get the captures of Presnel Kimpembe and Jules Kounde over the line.

Tuchel was allegedly furious after his team’s embarrassing 4-0 defeat to Arsenal in a pre-season Florida Cup final tie at the weekend and is demanding the west London club ups their game on and off the pitch.