One Dead, Three Others Injured In Akwa Ibom Auto Crash 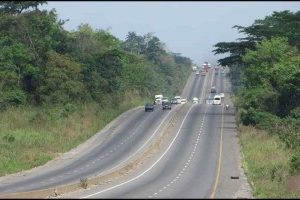 A[b] Fatal Accident involving a truck, a car and a motorcycle along Abak old road by University of Uyo Annex, Ediene Akwa Ibom State, has claimed one life and left three others critically injured.[/b]

In a statement signed by Akwa Ibom FRSC Sector Commander, Matthew Olonisaye and made available to journalists in Uyo on Monday, said the accident was as a result of loss of control by the drivers.

He, however, urged vehicle owners to ensure they observe safety rules while using the road.

According to the statement, “Today being the 4th of July 2022, at about 0720hrs, a crash occurred along Abak old road by Uniuyo annex Ediene.

“When FRSC rescue team arrived the crash scene having received a report of the incident, it was discovered that the fatal crash resulted from loss of control and involved a truck, car and motorcycle with four people, out of which one was feared dead, the injured were taken to hospital while others came out unhurt.”

The Sector Commander while condoling with the deceased family, warned against reckless driving and contravening of the rules and regulations guiding the usage of the roads even as he urged vehicle owners to always ensure maintenance of their vehicles.

“We commiserate with the family of the dead person. May God grant them the fortitude to bear the irreparable lost. We plead with members of the public to ensure safety on our roads,” he said.